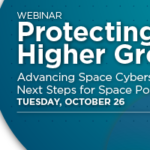 Space Policy Directive-5, issued in Sept 2020, directs government agencies to work in concert with commercial and other non-government actors to work to develop cybersecurity best practices, norms, and improve cybersecurity behavior within the national space ecosystem.  This panel will discuss efforts across Federal agencies, including DHS/CISA, NIST, and the Office of Space Commerce, to […] 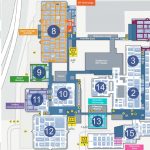 Integrated Systems Europe, or ISE, is one of the most important events in Pro AV and commercial technology and features over 1,200 exhibitors.

For over six decades, ASIS Annual Seminar and Exhibits (ASIS 2017) has been the premier event for security professionals worldwide.

TEC is the premier education and networking event for everyone in the physical security industry.

ISC WEST is THE largest security industry trade show in the U.S. At ISC West you will have the chance to network with over 29,000 security professionals.

The 2017 Business & Leadership Conference is designed to address these concerns for systems integrators. You’ll be able to take what you learn back to your organization to effect change immediately.