Through his work on the NSCA executive team, SVT president and CEO Josh Shanahan has learned a lot about the importance of and growth in complexity of K-12 security systems, especially after a string of school shootings over the past several years.

That was part of what led Shanahan and the SVT leadership team to approach Kalamazoo, Mich.-based Secant about acquiring the company’s 32-person building technology group. The deal, which was finalized this week, also expands SVT’s reach into Indiana and the Chicago area.

“It was definitely SVT’s desire to add additional capabilities and market reach,” says Shanahan. “I’ve been out in the marketplace looking for SVT acquisition opportunities. We knew right away there was a cultural fit [with Secant].”

Inside the SVT Acquisition

There was an 18-month “courting process” for the SVT acquisition of Secant, says Shanahan, before the deal was completed. 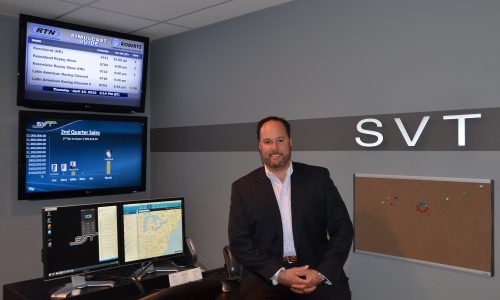 Related: New NSCA Board of Directors Takes Over at ‘Crucial Time’ for Association, Industry

Chris Hamilton, who came from Secant to become general manager of SVT as part of the acquisition, calls SVT “a great culture fit for [Secant].

“That was very attractive to me. It creates a comfort level with the staff and I think it’s going to translate into a great relationship moving forward,” says Hamilton.

“I’m also very excited to offer to SVT a lot more market penetration on the western side of [Michigan] into Indiana and the Chicago area.

“It gives us a lot better presence in this tri-state area particularly, that we can also ramp up nationwide.”

To that end, Shanahan says SVT is looking to “surround the Midwest” by adding a presence on the east coast of the U.S., in Florida and the Dallas/Austin, Texas, area

What Secant Brings to SVT

Secant is an AV integrator that also installs paging systems and sound masking components and has a structured cabling group that “brings a lot of opportunities for [SVT],” says Hamilton.

Secant also installs physical security systems, such as access control and surveillance cameras, which represents “a huge market in Michigan right now for us to attack,” he says.

“Structured cabling is definitely an add-on [for SVT],” says Shanahan. SVT has physical security practice, “but it wasn’t nearly as robust as what it will be.” There’s a “very large opportunity with PASS in K-12” that SVT can now better address.

The Partner Alliance for Safer Schools, which brought NSCA and SIA together, created standards of security that translate into AV and IT system configurations.

Secant also had relationships with architecture and engineering firms, which can help SVT get involved earlier in the design process. Former Secant CEO Garret Peaslee will remain involved with SVT indefinitely.

“You don’t want the owner to walk away right after you slide the check across the table,” says Shanahan.

SVT acquired MKE early in 2017 to increase its reach across Michigan and Indiana, particularly in areas such as critical communications and security in the health care, education and corporate vertical markets. Hamilton met Shanahan when SVT was putting together the deal to acquire MKE.

“I knew the owner of MKE so I got to know Josh through that process,” he says. “I felt very comfortable going into this process. One of the most important pieces is the human part of it. It’s about making sure people are comfortable and know they fit in.”

Like with its previous acquisitions, “culture is definitely the first attribute we look for,” says Shanahan.

“Beyond that, we’re looking for additional capacity. We all know there’s a talent shortage in our industry, so acquisitions are a good way to deal with that.”

With the deal, the former Secant employees will welcome former MKE employees who now work for SVT into their building to combine the operation. The acquisition gives SVT more than 100 full-time employees and 132 total employees.

“From an industry perspective, I expect this will move us up a notch or two.  We will assume an almost automatic 30 percent increase in top-line performance with upwards potential of more than 40 percent,” he says.

SVT is using many of the principles from Verne Harnish’s book “Scaling Up” as it continues to grow. “This acquisition has really catapulted us into small enterprise level.”

“The biggest thing you have to do is build an integration plan, then revise it through your experiences,” says Shanahan.

“We feel we’ve built a rock-solid integration plan but will refine it and apply it to the next deal and it’ll be even better. If you don’t have a plan, could derail very quickly. You can’t hit pause on the day-to-day.”

Among the adjustments are the transition of Secant customers to SVT’s Solutions360 database. The growth has allowed SVT to augment its accounting and service departments, says Shanahan.