Whitlock knew it was working with one of the most advanced pediatric cancer facilities in the country, the new Kimmel Pavilion & Hassenfeld Children’s Hospital in NYC, when it looked at their tech RFP — at least the integrator must have, based on just how extensive a project it would be.

The stakeholders detailed a need for over 1,000 displays, more open communication between the medical community and the patients, and the creation of a comforting, fun experience for children battling difficult diseases. 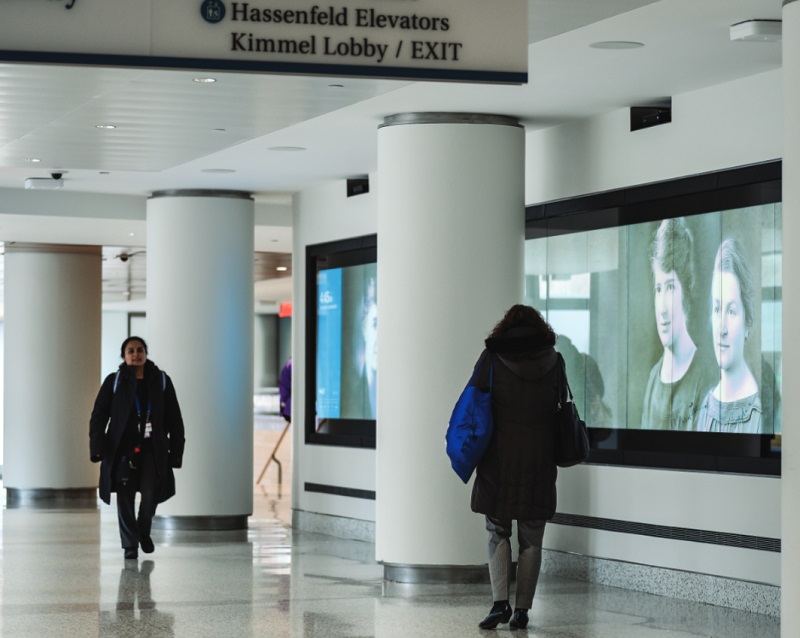 Not to mention the 20-foot video walls and a complete broadcast facility.

Just reading that aloud might result in a loss of breath — but Whitlock had a strategy to keep up with the facility’s high level of care.

Thanks to its highly coordinated planning, Whitlock delivered 50-100 rooms per week, with crews as large as 30 technicians working various shifts to stay on track with the facility’s grand opening.

Over 500 patient rooms were outfitted with Samsung 4K displays, but those weren’t the only rooms to rely on that brand.

The 100-person configurable boardroom and multi-use space relied on Barco for its 200-inch LED video wall, as well as multiple cameras and control for webcasting presentations. 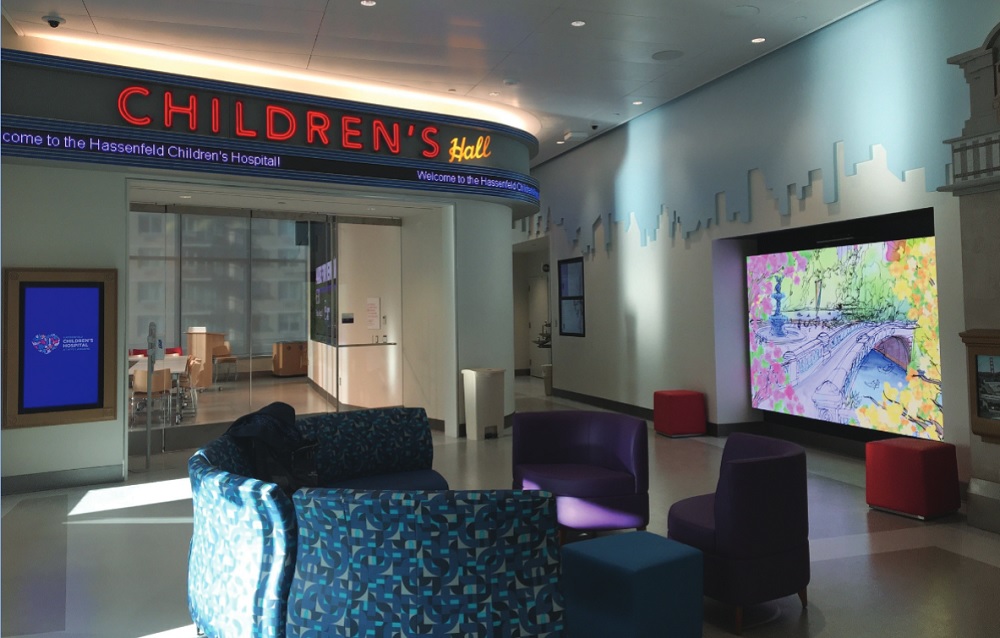 A NYUIT management system controls all of the facility’s signage, wayfinding and regulatory content.

Whitlock says the facility sets a new benchmark for patient care. Whitlock had to match culture and drive to maintain such a challenging work schedule. Perhaps an email from one of the project team managers best exemplifies this:

“I really felt the Whitlock culture these past few weeks. When everything was crazy, your team clearly demonstrated how much they cared about this project. I could not have imagined running through the field of battle with anyone else. I am so grateful and glad we chose Whitlock for this project.

“We’re extremely proud of technological systems we’ve built and deployed, which are truly first of their kind and represent a step forward for the medical field. Patients expect a digital experience in their daily lives, and now they expect it from their care teams and hospitals,” said Nader Mherabi, senior vice president and vice dean and chief information officer at NYU Langone, a key partner.

“A suite of the most advanced technologies has been thoughtfully architected and implemented for staff efficiency, maximal patient safety, and a more personalized experience for patients and their families.”