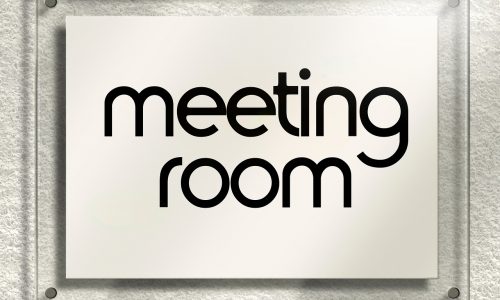 The audience, many of which are working on audio solutions for their customers’ meeting spaces, had plenty of questions. There simply wasn’t enough time for panelists — Justin O’Connor, ControlSpace DSP trainer for Bose Professional; and Brad Price, senior product manager at Audinate – to answer them all.

So as a companion to the How to Leverage Dante for Streamlining Installs in Today’s Conferencing Environments, which can be downloaded here, Bose Professional engineers took time to collectively provide responses to several of the audio-specific questions.

Which Dante mics does the Bose DSP natively support?

Currently ControlSpace supports Shure MXA910 and MXA310 and AudioTechnica ATND971, ATND8677 and ATND4734. Shure MXW and ULXD will be available in the next release of ControlSpace Designer.

What are soft codec?

Soft codec is short for “software codec.” Soft codec refers to software based video conferencing applications which run on a computer device such as Skype for Business, Zoom, WebEx, BlueJeans, etc.

The default configuration for the network ports on the EX-1280C combine control and network onto one cable, so this port can be used to daisy-chain to other Dante devices.

Should we use explicit Dante VLAN if a Crestron system is used with a Cisco SG300 series?

That depends on the size of the system and how much Dante and control traffic is being used. Alternatively, it could be easier to provide separate network switches for control and Dante devices. Bose ControlSpace EX supports isolated Dante and control networks.

Will Dante Domain Manager and/or Bose move toward doing AVB bridging in the future like other manufacturers?

Dante and AVB are not directly compatible. It would be up to Audinate to determine if Dante devices can directly bridge AVB. Currently the number of AVB equipped products and certified switches is quite small relative to Dante; that trend is unlikely to change in the future.

I have been told there are methods/devices/software to “listen” to Dante streams on the network. The example presented is the ability to listen to microphones in executive conference room. How feasible/likely is this?

Audinate provides software such as Dante Virtual Soundcard or Dante Via. Through this software, it is possible to play sound through a laptops’ speaker our headphone output. This is the solution that Bose engineers use when they are deploying systems.

It is also possible to route Dante signals, individually, to any output of the DSP so that the signals can be heard in the room. There are also several hardware “listen” devices which support Dante.

Does Bose ControlSpace do AES67 too?

No. Nearly all AES67 compatible devices in the Pro AV market are native Dante.

When Dante routes are made between native devices such as Shure and Audio-Technica mics, and Bose Dante devices, the subscriptions between transmit and receive devices are created automatically.

All of subscriptions are created off-line and applied when connected to the processor. Dante controller is only required to create subscriptions to other Dante devices not currently on this list.

Yes, ControlSpace DSPs and PowerMatch amplifiers support analog paging inputs.  However, the best solutions for ensuring “the message gets through” is to use Dante’s built-in in redundancy mode, and to design the network and network topology to handle the worst case loading.

Will the EX1280C module control the MXA910 lobes and other features of the MXA910?

EX-1280C does not aim or adjust the MXA910 lobes; that must be done via the hosted web page in the MXA910. However, the EX-1280C does have the ability to recall lobe positions through presets, change and mute lobe volume levels, and control LED states and color.

Will those dongles [EX-UH] work with a Skype for Business client and allow us to turn off AEC in the skype Client?

The EX-UH is a bi-directional Dante to USB device and uses USB audio class drivers. When connected to a Skype for Business client, the EX-UH appears as a speakerphone device and disables the AEC in Skype.

Yes, Dante channels can be routed through the AEC. The EX-1280C provides only 12 channels of AEC. Multiple units can be added to support additional AEC processing.

Do you see this product in an emergency operations center?

Listen to the archived webinar here