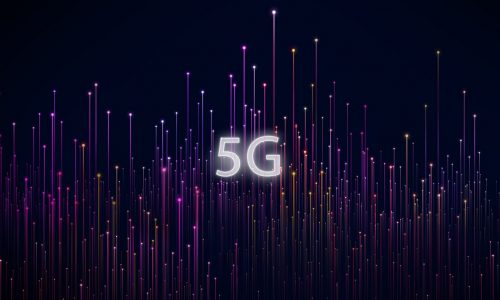 NEC Corp. says in a new press release it has demonstrated multiple highly stable simultaneous terminal connections and transmission capacity in an office environment through distributed-MIMO in the 28 GHz millimeter-wave frequency band.

According to the company, this achieved approximately three times the number of simultaneous connections and transmissions capacity compared to cases without distributed-MIMO in the 28 GHz frequency band. This could contribute to the construction of 5G environments that enable simultaneous multiple connections.

This marks the first demonstration in the industry to apply a distributed-MIMO system in the millimeter-wave frequency band in an office environment, according to NEC.

Japan earlier this year began to deploy commercial use of 5G in the sub-6 frequency band and millimeter-wave frequency band to enhance network performance to support 10 times more capacity than 4G in addition to achieving higher throughput, lower latency and multiple connections.

However, the usable frequency band of the sub-6 frequency band is narrower than in the millimeter-wave frequency. Massive-MIMOP systems were introduced to expand capacity and increase the number of simultaneously connected terminals.

According to NEC, this approach is optimal for applications where each terminal requires a high transmission capacity, like indoor offices or stadium seats with high terminal density.

In the millimeter-wave frequency, there are challenges to applying Massive-MIMO techniques, like achieving stable connections and spatial multiplexing due to the short wavelength and large attenuation due to reflection and shielding.

“NEC has established itself as a leader in digital beamforming technology and has commercialized Massive-MIMO in the sub 6 frequency band,” the company said in a press release.  “Moreover, NEC has developed digital coordination technology among antenna elements distributed in the millimeter-wave frequency band and conducted verification activities to solve the problems of indoor mobile communications, such as shadowing and diffraction of propagation paths.”

The experiment included a distributed-MIMO technique for the radio units of a 28 GHz band base station system, demonstrating simultaneous connections with multiple terminals and increased capacity, the company says.

“Specifically, NEC developed a technology to effectively calibrate phase and amplitude in response to the difficulty in calibrating and coordinating the phase and amplitude between distributed antennas,” the company says. “As a result, NEC achieved approximately 3 times the number of simultaneous connections and transmission capacity when compared to cases where a distributed-MIMO system is not used.”

The company will continue 5G experiments for enabling stable and high transmission speeds in environments where stable millimeter-wave communication is difficult due to obstacles and densely arranged terminals, like offices and stadiums.