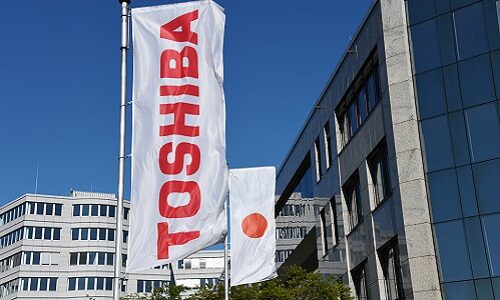 Toshiba has confirmed that a European business unit that sells digital signage and other technology primarily to retail customers is the victim of a cyberattack.

According to news reports, the ransomware gang that has been blamed for the attack on the Colonial Pipeline is involved.

The company on Friday released a statement on its website, confirming the Toshiba Tech Group companies suffered a cyberattack. After discovering the attack, the company reported it to European authorities and took other actions to limit the damage and “stop the networks and systems operating between Japan and Europe as well as those operating among European subsidiaries” while mitigating and backing up data.

The company says the early results of its investigation show that the impact was limited to some regions in Europe, and it is not yet confirmed that data was leaked.

“Although the group has been steadily implementing information security measures, the group will further enhance security measures to ensure protecting the information of our customers and employees,” the company said in a statement. ”Going forward, the group is determined to resolve the problem by closely cooperating with the relevant authorities in Europe.”

Read Next: Cybersecurity For Integrators And MSPs: What To Do In 2021

According to the business unit’s website, Toshiba Tec Corp. sells digital signage, software, POS systems, printers, self checkout, displays and other peripherals to retail customers, as well as others in corporate and manufacturing.

A company spokesperson told CNBC that the company has not yet paid the ransom.

Further, the spokesperson told the news outlet that the attack was apparently carried out by DarkSide, the same group responsible for a ransomware attack against the Colonial Pipeline, which reportedly paid upwards of $5 million to the ransomware gang.

In addition to Colonial Pipeline and Toshiba, other large organizations have reported being hit by ransomware in the last few days, including the DC Police and Ireland’s health service.

If ransomware operators targeted Toshiba, then other organizations in the AV channel could be next. Make sure your firm has adequate cyber defenses and backups in place to avoid these unnecessary and devastating disruptions.