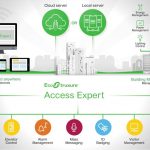 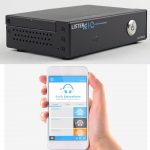 Commercial Integrator, in conjunction with sister sites CE Pro and Security Sales & Integration, is pleased to announced the winners of the first-ever Internet of Things (IoT) Awards, honoring IoT products serving the commercial and residential markets.

“Internet of Things has already become important in commercial spaces as customers increasingly have an expectation of intuitive design.

“Meanwhile, as customers get used to walking into a meeting room or hotel room and having the lights, shades, and multimedia react to their presence, it’s easy to see that it will become increasingly important.” says Tom LeBlanc, editor-in-chief of Commercial Integrator.

IoT Awards entries were judged by a diverse panel of industry professionals, including prosumers, editors, consultants and integrators in the IT, security, commercial A/V, and home automation fields.

Click on each of the winning IoT products to see more information, or click here to view the whole slideshow:

Read Next: The Most Important IoT Best Practices: Understanding ROI and Security