In the 1990’s, Erik Byrnjokfsson wrote a series of papers beginning with “The Productivity Paradox of Information Technology” (1993) where he analyzed the relationship between information technology (IT) and productivity. Initial studies showed that, on average, IT investments had increased greatly from the mid-1970’s to the mid-1990’s; but at the same time, there was no measurable increase in productivity due to the increased spending on IT.

In fact, some studies showed a drop in productivity over the previous two decades, especially in so-called white-collar jobs, even though the demand for professionals and computer-literate employees surged. Many attributed the negative correlation to mismanagement of IT. 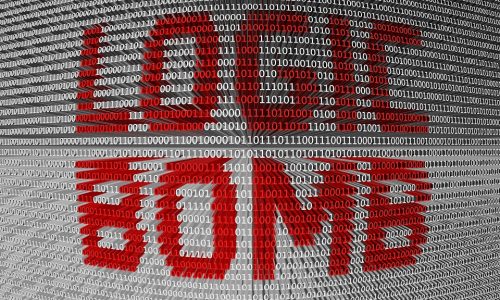 As Byrnjokfsson and others dug deeper into the data, and as IT went from strictly transactional usage to being a daily part of everyone’s job in a typical office environment, it became apparent that the return on investment (ROI) of IT depended largely on the company that was implementing it.

The firms that were doing things the same old way they had done before, but adding IT to it, were becoming less productive. At the same time, other firms seemed to be capitalizing on their IT investments.

The differentiating factor was that these firms were not only implementing new technology, but they were also implementing organizational changes, aligning their business strategy with their software and hardware, and vice versa.

The old processes were revamped to better utilize the advancements in technology, and more efficiently. This sort of organizational change often required changes in management; or at least a change in attitude.

A similar Productivity Paradox can be said about information security: the more security that you have, the more it can seem to interfere with your work. Firewalls and malware detection can slow down network response time.

Periodic password changes and/or multi-factor-authentication (MFA) can be seen as a hinderance. But you have to take a step back to consider the potential impact of a data breach or ransomware attack, and how much productivity your firm would lose if your phones didn’t work, your servers were wiped clean and/or your data was held hostage for a few weeks.

Getting Over the Productivity Paradox

So companies must find the right balance: the systems have to be secured, but they also must be done so as efficiently as possible, and at the right cost. One analogy might be a padlock versus card key access through a door.

Both secure the door, but the padlock is seen as a greater inconvenience, while the card key costs more to implement. Retinal scans and other biometrics provide an even higher level of security, but cost a lot more than a key card reader.

AV systems and collaboration tools must also be chosen and implemented as part of a larger strategy, along with proper management and changes to processes. You can’t just buy a fancy new Surface Hub and put it in a conference room and hope it will make your workers more productive.

New collaboration tools like Microsoft Teams and Slack are drastically changing the workflow of many companies, but they won’t do it automatically. Managers need to present a clear vision of how to use these new tools, and be willing change the company’s processes, and possibly the structure, to better leverage the technology.