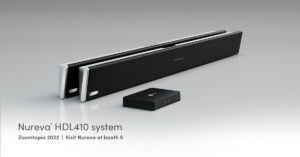 Visitors to booth 5 will learn how Nureva’s audio conferencing systems make it easy and affordable to get consistent, full-room audio coverage in different spaces. This includes the mid-size, large and extra-large Zoom meeting spaces.

The company will also showcase its HDL410 audio conferencing system, announced last week. The HDL410 delivers pro AV quality audio performance in extra-large spaces without the cost and complexity of a multicomponent pro AV system. It also combines a powerful connect module with two integrated microphone and speaker bars. With this, it offers advanced processing and premium features for rooms up to 35 feet by 55 feet.

Powered by patented Microphone Mist technology, Nureva systems fill a space with thousands of virtual microphones to provide full-room pickup, and they all work seamlessly with Zoom. This thus allows everyone to be heard throughout the room. This is regardless of location, direction or presence of sounds such as HVAC or projector fans.

Nureva will also demonstrate the latest features and updates in Nureva Console. This is a cloud-based platform that makes it easy to manage and monitor Nureva audio systems and third-party cameras remotely. Additionally, visitors can learn about the growing library of APIs and integrations. These applications allow IT managers to incorporate Nureva systems into existing workflows. This includes a recently announced sound location device API that supports third-party PTZ camera tracking.

“We are delighted to be back at Zoomtopia with our newest audio solution for extra-large Zoom collaboration spaces,” says Nancy Knowlton, Nureva’s CEO. 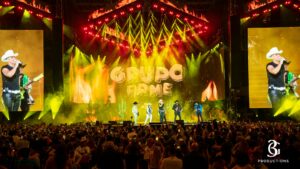 Grupo Firme is a regional Mexican band based in Tijuana, Baja Calif. that made its way from the underground music scene to the Billboard charts. They have received international recognition and nominations for a variety of awards. The band is currently on its “Enfiestados y Amanecidos” Stadium and Arena Tour.

Here, 3G Productions is handling all production for the tour. This includes a d&b audiotechnik SL-Series loudspeaker system for the stadium portion that began at SoFi Stadium in L.A. in May. It then ended at Allegiant Stadium in Las Vegas in September. The band will continue the tour in arenas for the rest of the year starting in October.

“It is a different ball game going into stadiums, and with this being the first time this band had played in these venues, it was essential we provide the best tool for the job,” states Keith Conrad, CEO, 3G Productions. “We chose d&b SL-Series as the backbone for the system as it checked all the boxes. The immense power in the GSL8/12 boxes allow it to cover a very large area as well as flexibility to push front of house further back than a typical arena or theater.  Further, we were able to only use one delay ring for some of the largest stadiums in the world. Lastly, we always took advantage of d&b’s amazing prediction software, ArrayCalc, to model each venue to ensure there was even coverage throughout.”

More Than An Ordinary Concert

The band delivers more than just a typical concert. Each show contains many improvised elements to delight their fans. The show is approximately three hours long. Here, each performance varies depending on which audibles Eduin Caz, the lead singer and one of the two founding members, calls to the band during the performance. There are approximately 24 musicians on stage, usually a massive horn section of 18, along with guitars, bass, drums and an accordion. In addition to the three lead singers, there are several other vocalists and a rotating crew of dancers.

SL-Series is popular for its well-behaved directivity control, extended low frequency response and advanced rigging options. GSL sets a standard for power, accuracy and control for the largest and most impactful of applications. It is also the the largest sibling of the family.

“The only complications we couldn’t fully resolve were sound reflections,” states Julio Valdez, system engineer, 3G Productions. “There are many surfaces in a typical stadium that can’t be avoided due to neighboring audience areas; but the GSL shined in cutting through as much of the reflective decay as possible. We used ArrayProcessing on the mains and out fills on every show. [This] absolutely helped cut through the room reflections.”

The configuration of the system consists of 20 per side GSL cabinets for both mains and out fills, 4 x 16 each J-Series as delays, 36 x SL-SUBs as a sub array (ground stacked). It also uses 32 x V-Series V10P point sources for front fills. Finally, D80 amplifiers power the whole rig. 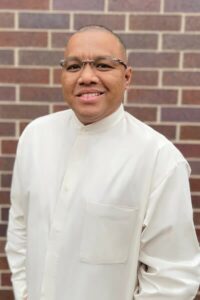 “With increasing demand in Asia and the Middle Eastern markets,” says Per Persson, VP of international sales, “Nori’s presence will support and facilitate our international territories.”

Iskhandar has extensive experience in the audio and video industry, says the company. He previously worked for companies such as Blackmagic Design, Sennheiser, and Void Acoustics. He brings a wealth of industry knowledge to the Williams AV from these past roles in business development, product management and technical support for APAC.

“I’m passionate about building long-term customer relationships; and being a resource for my customers to find the best technology solution for their projects,” Iskhandar notes. He concludes, “I am looking forward to helping channel partners in Asia and the Middle East grow with Williams AV’s assistive communication products.” 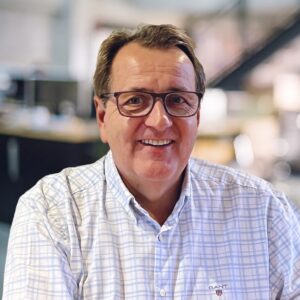 Breckon-Rowe, former CTO at Kramer, brings with him over 25 years of industry knowledge. He is now adding renewed momentum to Jetbuilt’s product roadmap, the company adds. The onboarding of Breckon-Rowe as EMEA manager reinforces the company’s plans to drive international brand recognition and sales.

Having occupied key roles within companies such as Kramer, Breckon-Rowe identified this role within Jetbuilt as a great opportunity. He notes, “The capabilities of this software to streamline the installation process and workflow of AV professionals is industry-changing. It’s no overstatement to say that the technology created by Jetbuilt is the future of the professional AV industry. I’m thrilled to be a part of such a transformative mission.”

“We’re delighted to have Jonathan on board” comments Jetbuilt CEO, Paul Dexter. “His profound experience of AV technology alongside his industry relationships have added a new breadth of expertise to the Jetbuilt team and we see this new appointment as a huge step in the right direction for our global expansion strategy.”