If you were at InfoComm 2019 in Orlando last week, chances are you saw AVIXA CEO David Labuskes somewhere—possibly somewhere unexpected.

With so many demands on his time, most InfoComm newcomers don’t think they’ll see the leader of the industry association anywhere but at the ribbon-cutting ceremony on Wednesday morning or whisking past them from important meeting to important meeting. That couldn’t be further from the truth.

In his six-plus years at AVIXA’s helm, Labuskes has made a concerted effort to be at as many events related to InfoComm trade shows as possible, even though it might mean eating breakfast twice in one day or going to bed only a few hours before it’s time to wake up.

Labuskes jokes that InfoComm week represents a chance for him to have some “quiet time,” but that also couldn’t be further from the truth. We dare you to find an open slot in his calendar that week. In fact, he even schedules “walk the trade show floor” to make sure he doesn’t miss out on the spectacle.

“This is my personal opportunity to connect with the people I work for,” says Labuskes. “Our purpose for existence is to be a hub for the AV profession and a catalyst for the AV market and all of our shows around the world are places where that happens.

“I have an opportunity to interact with hundreds, if not thousands, of our members, hear directly from them what kind of job we’re doing for them, what they think is happening in the industry and talk about what others in the industry think is going to happen and how they’re addressing it in their businesses. This is the greatest place in the world for me to ensure AVIXA is doing its job,” he says.

Labuskes knows people will probably notice when he’s at one of the ever-increasing number of InfoComm after-hours events, but he’s not trying to hit all the parties—whether it’s the annual AV Tweetup, the AVIXA Women’s Council breakfast or invitation-only events—to be seen.

“I want people to understand whatever is driving that gathering—whether it’s the social media community that’s created around #AVTweeps or one of my key members’ VIP clients—I want them to be able to show the people there that this is important,” says Labuskes.

“When I go to an event and people are surprised, that might mean they think, ‘Wow, I came to the right place.’ I have trouble saying that because it doesn’t sound all that humble and I tend to not feel that way about myself, but I do recognize having the CEO of the association there, not necessarily having Dave there, is of value to those people,” he says.

There’s another reason Labuskes doesn’t just rush from the convention center to his hotel room after the trade show floor closes for the night.

“I just totally love it,” he says. “The energy of our industry and the people who are in our industry, half the people [at InfoComm shows] have the same schedule. We’re all a little tired and a little fuzzy by Friday afternoon, but none of us have trouble maintaining our energy because it’s community.

“This is the heart and soul of the AV industry. If you’re not energized by that, you’re probably at the wrong show,” says Labuskes. 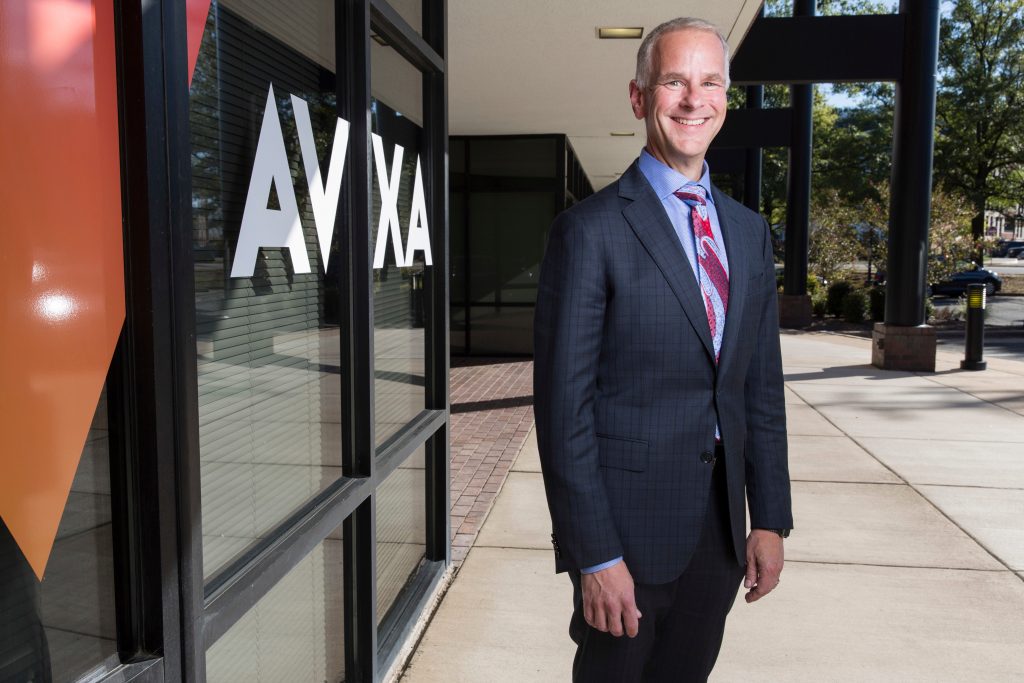 With all those events on his calendar, it can be tough to remember the main reason Labuskes is at an InfoComm show is to see the latest and greatest in AV technology. He doesn’t miss that chance, no matter how many breakfast, meetings or parties he attends.

“It’s a tough thing to get to, but I absolutely demand it of my calendar,” says Labuskes. “I typically get a block of time to do that on Friday. By that time, many of the people I’ve needed to meet with, I’ve met with. I go out and spend my time sucking in the new technology.

“When I took this job 6 ½ years ago, I thought I’d be able to do more of that than I actually get to, but I can’t imagine not doing that. It’s the one piece of advice I give to every one of my team members and my staff who are new,” he says.

It’s impossible for Labuskes to visit every booth during his InfoComm show floor walk so he tries—like most people—to have a plan for his limited time in the aisles.

“I always like the new exhibitors, not that I don’t like my tried and proven flagship exhibitors,” he says. “I like to get a sense from them how we did. I know the bigger exhibitors in the front of the hall and in some of the key spaces are going to have a good show. I like to know how the whole customer base is doing.

“It’s more the sensation I want from walking the floor, like ‘Wow, what a cool industry we have.’ I love talking to the first-timers who have this awestruck look on their faces. It’s a way for me to book-end the show from that ribbon-cutting that always gets me so pumped up to the closing when you feel like, ‘Look what we did,’” says Labuskes.