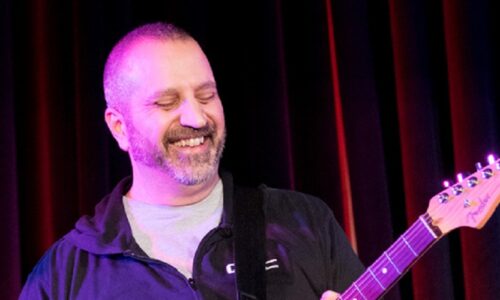 During his nine-year tenure at QSC, Lombardo led key initiatives for the company, both as director, global e-commerce and most recently as regional director, live sound. The company deemed him as a skilled and highly regarded senior leader in the company’s sales efforts. Per QSC, Lombardo will be remembered for his strength, kindness to others and his boundless passion for building and nurturing lasting relationships.

During his 30-plus-year career in the professional audio and music industries, Lombardo held a variety of sales and executive positions at companies. These include Fishman Acoustic Amplification, Gibson, Fender, Mesa Boogie, Sam Ash Music and Scotch Plains Music Center.

“Scott and I worked together for 6 years, with him reporting to me for four of those. After about a year of him working for me, we were kind of butting heads with each other, “ says Perry Celia, QSC professional director of sales, North America.

Celia continues, “One day he said to me, ‘As my manager, don’t just ask or tell me what you need, inspire me — that’s how I roll.’ That one line from Scott changed everything; it completely changed my relationship with him and the relationship with my entire team. He taught me that everyone needs to be inspired in their work. From there we became close friends; I will miss talking to him several times a day, about business or personal issues. Scott was just always there. He will really be missed by all of us at QSC.”

QSC also extended heartfelt condolences to Lombardo’s wife, Jenn, and the extended Lombardo family at this difficult time. In lieu of flowers, the family requests that donations be made to Lombardo’s program, VMAT (Veterans Martial Arts Training) and Compassionate Care ALS.