USAV is a Westminster, Colo.-based consortium of likeminded integrators that has developed partnerships with manufacturers, service providers and associations. In 2017, the organization became a division of PSA, a systems integrator consortium of progressive security and audiovisual systems integrators in North America. Under PSA, the organization has expanded domestically as well as internationally. Following this expansion, USAV has now rebranded as EDGE to represent its growing identity and purpose. 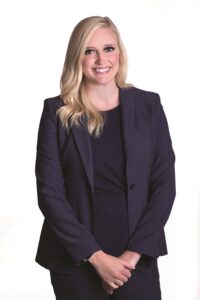 “The name ‘USAV’ was almost restrictive especially with the organization now having an international consortium. A lot of our AV integrators are now expanding into various areas. For instance, they are venturing into security or even structure cabling. Calling it simply ‘AV’ puts us into a box which isn’t necessarily accurate,” says Aragon.

According to Aragon, the name “USAV” was almost restrictive especially with the organization now having an international consortium. She also points out that the old logo depicted the outline of only North America. “It makes us seem as if we’re only serving U.S., although we’ve been growing internationally for the past year and half. Not only that, the term ‘AV’ is also restrictive. A lot of our AV integrators are now expanding into various areas. For instance, they are venturing into security or even structure cabling. Calling it simply ‘AV’ puts us into a box which isn’t necessarily accurate,” says Aragon.

Indeed, it was time for a change. Whipkey and Aragon reveal that they worked with internal branding and marketing professionals on the rebrand design. Whipkey especially notes, “There was a lot of research on brand identities. However, the essence of the [organization] remains the same. All we’ve really changed is the name and logo to encompass who we are and what we do.”

Aragon adds that they were looking for a logo that met today’s standards and was relevant to the organization. Aragon then expands on the selection process. “We developed four separate brands and presented them to the PSA board of directors. From there, we received their approval and even from internal stakeholders. Then we really got to working on the color palette and catchphrase,” she explains.

The organization’s new tagline reads, “Unparalleled Partnerships” which Whipkey feels is a suitable summation of the organization’s offerings. He states, “As we were going through all the iterations, we focused on our target audience and the work that we do. It ultimately kept coming down to the partnerships that we create, grow and foster to become stronger in the long run.”

Aragon also feels that the new logo echoes the same sentiment. According to her, the arrow symbolizes the organization’s progressive and forward thinking, a key component of its mission statement. She then explains how the teal and orange color palette too, plays a role in displaying the organization’s mission. “Blue associations includes trust and professionalism while orange symbolizes bold and adventurous. Thus, the blue recognizes the stability of EDGE and the orange represents its new beginning.”

The name “EDGE” also speaks to the business moving forward. As Whipkey puts it, “Don’t live on the edge, be part of EDGE.”

Moreover, the name “EDGE” also speaks to the business moving forward. As Whipkey puts it, “Don’t live on the edge, be part of EDGE.” Aragon further explains that they looked for a name that wasn’t completely rooted in AV terms but presented an umbrella that is the organization and the AV industry itself. “However, if you look closely at the logo, you can see it creates the word ‘AV’. It was not intentional at all but it’s a nice nod to the industry!” Aragon smiles.

The rebranding from USAV to EDGE extends to its website as well. According to Aragon, while there won’t be a full website redesign, there will be an update of the color scheme and logo. She thus terms it as a “refresh” of the brand. Whipkey also highlights that the company secured a new URL: www.edge.technology to reflect the change.

Whipkey adds this comprises one of the many steps in making the industry aware of the rebrand of USAV as EDGE. “We’re also doing a soft launch with our internal stakeholders. This meeting will have a lot of AV integrators as well as our technology partners,” he reveals.

Of course, both Whipkey and Aragon underscore that the rebrand does not mean a restructuring of the organization. Aragon explains, “We’re not changing in any way. We’re just changing the name to fit us. We will continue to foster collaboration and provide access to cutting-edge business service providers.” 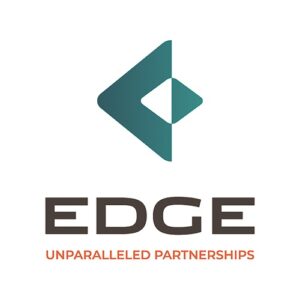 She continues, “As our business grows and our integrators change, we want to be there to support them. This rebrand helps relieve us to do just that. Basically, we are just getting a facelift.”

Whipkey also expands on this notion. “With companies blending between unified communications, security, etc., together as one; our logo also needed to reflect who we are,” he proclaims. Noting the tremendous effort in the rebrand, Whipkey anticipates good feedback from fellow vendors and partners.

He then concludes, “It’s a long haul of a process. As time goes on, we want to tell the story consistently of who EDGE is and keep driving that message forward. We’re confident in our team’s abilities and we know this is the way to go forward.”