I accidentally started a “tweet storm” in January. I shared a recent blog post by an AV installation technician named Anthony Tippy. In his post, “@Tibbbbz” showcases “how vulnerable audiovisual equipment and AV installations are, in hopes of improving security awareness for companies and manufacturers”. It was pretty shocking to see how many devices he could gain access to online.

Readers may have also heard about the Crestron TSW-XX60 and MC3 vulnerabilities, or “vulns”, uncovered by Ricky “@HeadlessZeke” Lawshae in 2018.

Other vulnerable AV products can be found by searching brands in the NIST National Vulnerability Database as well as the advisories issued by the Industrial Control System-Cyber Emergency Response Team (ICS-CERT).

Most of these vulns can be patched by updating the firmware, securing the network, and/or enabling the passwords on the devices.

But uncovering and patching these device vulnerabilities is only one aspect of securing AV installations. Securing and segmenting the network is another obvious one, and I will leave that topic to the experts.

But just as importantly, it is also imperative for readers to understand the other possible cyber threats, the different types of cyber risks, and other basic terminology used in cybersecurity policy discussions.

One of the best analogies I have heard is, a vulnerability is like a glass window, and a threat is like a rock that can break it.

Continuing on this analogy, a threat actor is the person throwing the rock, and the risk is the cost of replacing the window, as well as anything that was stolen while the window was broken.

There are three areas of risks when it comes to cybersecurity:

Similarly, we can divide cyber threats into four basic categories and provide an example of each:

An attack surface is basically all of the exploitable vulnerabilities in AV installations, including open ports on servers, applications both outside and inside of the firewall, and any software that processes incoming data, email, and attachments.

It also includes humans who may be prone to errors, or social engineering. Adding new types of AV devices to an organization’s ecosystem is said to increase the cyberattack surface area.

An attack vector, Victor, is the exact means or the path within the surface area that a hacker uses gain access to a computer or network server. Attack vectors enable hackers to exploit a system’s vulnerabilities, including the human element.

For example, if I call a website, or your corporate IT helpdesk, and I ask them to reset a password, will they bother to verify I am actually who I say that I am? 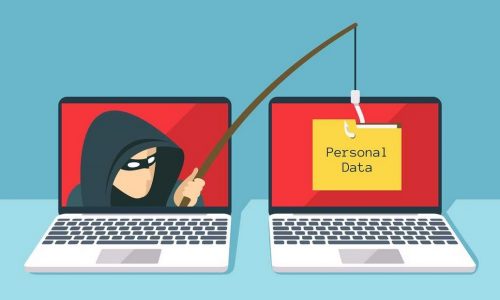 Attack vectors can be easily confused with an attacker’s capabilities, which are the collection of various methods and skills he or she can use to launch an attack.

The difference here is that capabilities describe the attacker, whereas attack surfaces and vectors are about a particular victim and attack.

Going back to the broken window analogy, capabilities are something the threat actor would carry with them, like a backpack full of rocks, a crossbow, and a BB gun.

They may chose different ones for different houses, or they may use similar attack vectors, depending on the attack surfaces, or vulnerabilities, of each house.

Now that we’ve covered the basic terminology, I invite readers to join in the next AV security tweet storm, forecast for February 17, during the weekly #AVinTheAM chat.

It’s easy to participate, just get on the Twitter anytime after 8am Eastern on any given Sunday, and search the hashtag #AVinTheAM.