There were 400 AV and security professionals in the room, but we would have been able to hear a pin drop as Michele Gay, who lost her youngest daughter, Josephine Grace, during the mass shooting at Sandy Hook Elementary in Newtown, Conn., in 2012, carefully recounted the events of December 14, 2012. 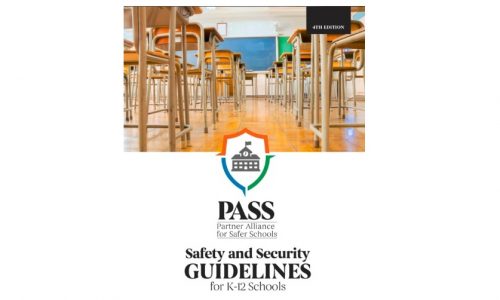 NSCA, which along with Security Industry Associate had a hand in launching PASS (Partner Alliance for Safer Schools to offer safety and security guidelines to K-12 schools, wants its members to consider taking an active role in helping their education customers improve their security and communication solutions.

NSCA executive director Chuck Wilson has told me that his work on the PASS program is the most important of his career. Gay, meanwhile, is a steering committee director for PASS.

There’s no doubt that both hope that Gay’s story at BLC might spur AV and security professionals to recognize an opportunity to take their knowledge and skills and apply them to something of immeasurable importance.

I sat there in the audience and felt a much stronger connection to the customer needs that Gay illustrated than I’ve ever felt about the demand for — you name it — video conferencing or collaboration solutions. This is different.

I hoped that the integration professionals in the audience felt it, too.

A powerful aspect of Gay’s keynote address during NSCA’s BLC was how personal it was. It was personal in the sense that she conveyed her own thoughts, perceptions and experiences on that tragic day, but she always made it personal for each and every audience member.

She talked about getting her three girls ready for school – two attending Sandy Hook Elementary and one at Newtown’s intermediate school – and the morning rush which included “breaking up a few little fights.”

The parents in the room could most definitely relate.

She didn’t place blame on failed communication systems or security solutions. However, through her descriptions, it was clear that different technology might have made an impact on the events.

She was alone with the kids that morning; her husband had been working in Massachusetts that week. It was a Friday, though, “and we were all excited that daddy was coming home.”

I didn’t hear the next few things Gay said after that sentence. All I could think about was that on that day, also a Friday, my two young sons were excited that I was coming home from a work trip.

I was looking forward to walking in that door and seeing my family – and I realized that Gay’s husband likely had a similar thought on December 14, 2012.

Gay talked about  how she was inclined to keep Josephine Grace, who had suffered an injury in the playground and returned to school earlier that week, home for the day. Josephine loved school, particularly Sandy Hook Elementary.

“She loved this place so much, it was her world,” Gay said. “She was a rock star with her shining personality and affectionate ways and big, big smile.”

Josephine’s enthusiasm for school won out when she grabbed her school bag and led her mom to the car.

We can all relate.

Gay recalled pulling up to the school where one of Josephine’s instructors was waiting and came out to the car. The proud mother watched as her youngest daughter walked hand-and-hand with one of her favorite teachers. “There was a smile on my face,” she said. “I was grateful for this little town and looking forward.”

Of course, then Gay walked the NSCA BLC crowd through the tragic events of the day. Some she approached from a personal perspective, such as how she initially learned via phone message that, “All our schools are in lock down.”

There has been a shooting” and her immediate thought process that eventually led to her driving around town to identify which school had the incident.

Some of Michele Gay’s descriptions were based on information she learned subsequently, including a very specific timeline of actions taken by the deeply disturbed individual that violently entered the school and ultimately took the lives of 20 children and six adult staff members.

She didn’t place blame on failed communication systems or security solutions. However, through her descriptions, it was clear that different technology might have made an impact on the events.

She implored the technology professionals in the audience to step up and make an impact. 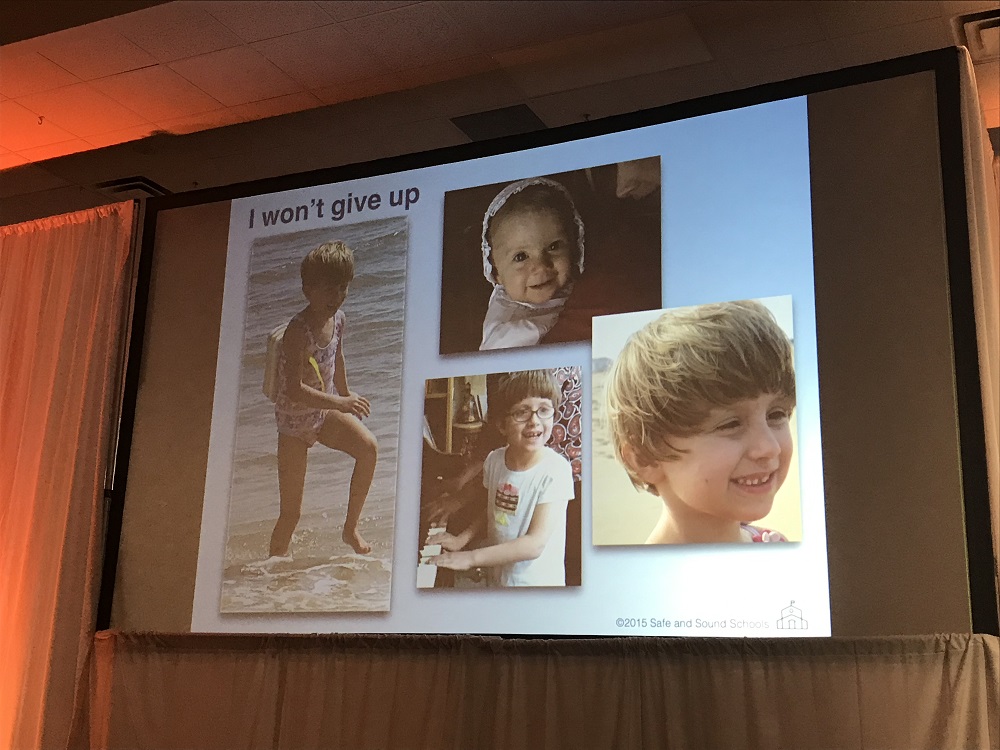 Getting Involved in School Safety

It wasn’t just the keynote by Sandy Hook mother Michele Gay. There was a recurring emphasis on school safety technology during the 21st annual BLC.

Guy Grace, chairman of PASS and director of security and emergency planning for Littleton Public Schools near Denver, was recognized  with the 2019 Volunteer of the Year Award just prior to Gay taking the stage.

“I encourage you to take these difficult lessons and use them for fuel. Keep educating and keep reaching out to schools especially,” says Michele Gay, Sandy Hook mother.

Grace, whose Littleton school district is in close proximity to the site of the Columbine High School massacre, directly addressed the AV and security professionals in the audience that work with K-12 customers on school safety solutions. “You are all heroes to us in school safety,” he said.

“You help us keep our kids safe every day. All I can say to you is go back to your teams and think about what you do to protect 55 million students to empower them to learn and teachers to teach and people to go to work every day.”

During her keynote, after describing tragic inabilities for individuals within the school to issue a PA announcement or immediately contact emergency responders, Michele Gay pointed out that communication technology is just as vital as traditional security solutions.

She talked about the frustration that so many communication capabilities are available “but our schools can’t always utilize that” because they don’t have a repeater or lack a good signal. All communication at most K-12 schools is over PA. “We have to be able to communicate in a timely, accurate, successful and effective manner so they [responders] can take the protection action.”

Grace and Gay – each with their unique and profound experiences around school safety – as well as NSCA and Wilson, point to PASS to provide both end users and integrators with Guidelines to identify and classify best practices for securing K-12 facilities.

On its website, PASS Guidelines, which are tiered to provide solutions for schools of any size and with any budget, break down:

The idea is that an end user can turn to the PASS resources to help them understand risks recognize ways not only to reduce risk but to maximize a school’s ability to communicate and report during a crisis.

This is an opportunity for AV and security professionals to step up. In most cases in Commercial Integrator, when we talk about a marketplace need, we’re aiming to help integration firms grow their businesses. In this case, it’s about answering a call.

Michele Gay stood in front of 400 technology professionals and relived horrors. “I share this because I want you to understand what happened [and] the challenges of physical safety in this [school] space,” she said. “I encourage you to take these difficult lessons and use them for fuel. Keep educating and keep reaching out to schools especially.”