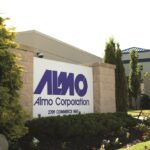 In 2013 Gene Chaiken met with Almo’s Professional A/V division group at the National Constitution Center in Philadelphia near the company’s national headquarters. He took attendees to a window to tell a story.

Gene notes that Almo started in the same area that the United States started. There is a thread to be drawn. Although Almo Corporation services some of the largest companies in the world such as Amazon and Walmart, it is the independent, family-owned, small and medium businesses that have served as the meat and potatoes of the company’s business over the past 75 years.

Related: How They Got There – Warren Chaiken, Almo

As Almo Corporation celebrates 75 years of service to customers and continual growth, all eyes are set firmly on the future and continuing the company’s success. However, it is as important to garner lessons learned from a vast history of business that includes many sales, acquisitions, pivots, new business ventures and continual growth.

With that said, let’s take a look back and learn how Almo managed to thrive and become a billion-dollar company over the past 75 years.

A History of Almo 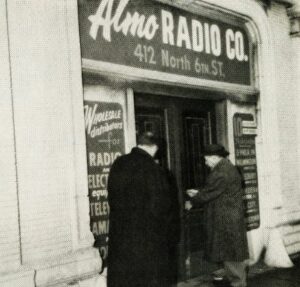 Almo Corporation was founded in 1946 by Morris Green and Albert Margolis as a contraction of the founders’ first names (Al + Moe = Almo). It also helped keep the company at the top of the yellow pages, a boon in the days before Google or company websites with contact information readily available.

It was then Almo Radio Company, a replacement parts for radios and WWII surplus shop. In the 1950s, television and industrial electronics had fallen under Almo’s purview. In 1954 Al Margolis passed suddenly, leaving Morris Green as the sole owner of the company.

Come 1961 the decision was made to split the company based on workload. The replacement parts business became the dealer business, while the industrial business became Almo Industrial Electornics, Inc. The latter went public the following year.

“At that point we had two corporations, one selling dealers replacement parts and the other selling OEMS like Honeywell, RCA, General Electric, etc.,” says Gene Chaiken, Chairman of the Board, at Almo and son-in-law to Morris Green. “It worked well for a while. I joined the company in 1963. By 1967 we realized it was very difficult running a public and private company.”

In July of 1968 both divisions were sold to Sterling Electronics in Houston, Texas. The move wouldn’t last long, and in 1970 Morris Green bought both companies back and unified them under the name Almo Electronics Corporation.

“At that point the family owned the entire business, and we’ve been private since 1970,” says Gene Chaiken.

Morris Green passed in 1973, leaving Gene Chaiken as Chairman of the Board, President and CEO of Almo Electronics Corporation. “At that point, being a second generation, you have to start making changes,” says Gene Chaiken. “We started focusing on different areas. We went into major appliances and consumer electronics businesses.”

“When we sold industrial electronics, we had a focus of, basically, computer products, major appliances, and consumer electronics,” says Gene Chaiken.

In 1994 Warren Chaiken, Gene’s son, joined the company and made Almo a true third-generation organization. In 1998 Almo sold the computer parts business and focused back on consumer electronics.

Today, Almo is a $1.37 billion company with 2.5 million square feet of warehousing space in nine facilities, with four sales offices and over 650 employees.

“We have a lot of long-term stability in our company. As a matter of fact, my assistant has been with us for 49 years,” he says. “We do believe in long-term relationship with our people, our vendors, and with our customers.” 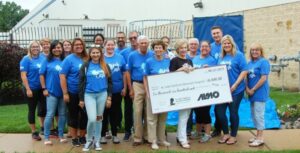 Almo Professional A/V is a division of Almo Corporation that began in 2009 and went on to become the largest Almo business segment. This is the piece of the business the majority of our readers will be most familiar with, as the division has become a distribution partner to a significant portion of the AV integration industry.

Sam Taylor, now EVP/COO of Almo, started the Almo Pro A/V division. “It was after a company that I had been president of had gone under during the recession,” he says. “When we closed down that company I was looking for a company that was like it. We had a family culture there.”

“In 2008, Sam came to us with 22 people, no inventory, no customers, and no vendors,” says Gene Chaiken. “We hired Sam on that basis and it proved to be a very good decision.”

Taylor was shopping his business plan to a number of companies, but sought a firm that would provide the same stability and emphasis on the employees that he appreciated about his previous firm. He found that in Almo.

“I believed in the people that I was going to be bringing along with me,” says Taylor. “I knew it was the right place to go because they were going to hire the most amount of my people and we were able to restart with great people.”

“I was one of those people that came over with Sam to start the division,” says Melody Craigmyle, Vice President of Marketing and Communications at Almo. “It’s been an incredible experience working with Almo. It’s like a family.”

“When Sam came to Almo it changed our company. It truly did,” says Warren Chaiken. “It took us to the next level… not only from a revenue standpoint but more importantly from a cultural standpoint and who we became. We became a much more sophisticated company. We became much more creative and innovative. It really then trickled through the entire company.”

“It’s been a really good ride. I’ve really enjoyed it and getting to know Warren and Gene and their family, and becoming part of the family,” says Taylor. “Now the people that I brought over has grown to 167 people that are in Pro A/V. That family has grown too.

“We started at zero and in 10 years we were over half a billion dollars in revenue,” he says. “As Gene and Warren say, it’s all about the people that make that happen.”

Looking Ahead at Almo

Almo plans to continue innovating and growing rather than resting on its laurels from an impressive 75-year history. The COVID-19 pandemic over the past year was especially eye-opening for the company.

“In the past year we went from a traditional office environment to completely virtual overnight. I’m so pleased and proud that we were able to evolve into what we are today which is a remote workforce which has really thrived in this environment,” says Warren Chaiken. “As we move back into the office we understand that we will be able to be a hybrid environment that will be able to get the best of both worlds.”

One of the great benefits of being a privately-owned company is that ability to change dynamically without the need for justification to stockholders and other interested parties.

“We’re much more long-term thinkers,” says Gene Chaiken. “We’re not worried about whether an investment today is going to hurt us at the next 90-day report.”

“You look at our competition that’s public and they just have different thoughts and different ways to run their business,” says Warren Chaiken. “With our business and the way we want to run it, being public wouldn’t make sense.”

The whole of Almo is certainly one that adds up to more than the sum of its parts. That’s a result of the synergy between what otherwise would be disparate divisions.

“One thing that’s really interesting about working for Almo is all the different divisions we have. Just sharing best practices,” says Craigmyle. “There’s a lot of collaboration that goes on. That’s part of that family atmosphere. There’s always a healthy spirit of competition amongst the business owners but it’s that spirit of family and sharing, and taking the best practices and changing those for different audiences, that’s a lot of fun.”

That ability to work together and learn from different business divisions has helped Almo grow, and leadership at the company believes that will continue to be the case moving forward.

“We continue to evolve. We’ve gotten into a lot of different products and categories throughout the years in all our divisions. A lot of it is just because of experiments,” says Warren Chaiken. “We’re a fairly cautious company in that we’re never going to do anything that’s going to damage the company, but we’re willing to try almost anything as long as it’s thoughtful and we have a plan that makes sense.”

Having a plan has been the unifying thread throughout the history of Almo. “It’s OK to dream. It’s OK to have a goal,” says Gene Chaiken. “If you don’t have a plan it’s hard to get there.”