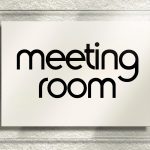 In this free Commercial Integrator webcast, attendees will learn how to leverage Dante for streamlining installs in today’s meeting room environments, including medium- to large conference rooms, divisible spaces and multipurpose spaces.

During the recently completed 143rd AES Convention Focusrite announced the introduction of its Focusrite Pro division that will serve the pro audio market.

Beyerdynamic, Clear-Com, JBL, Lawo, Panasonic, Riedel, Sony are among the recent manufacturers to jump on the Audinate Dante bandwagon.

You won’t see the difference its new Dante audio network by Audinate makes, but game-day presentation just got a whole lot easier.