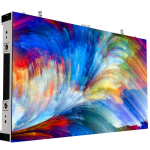 The newly announced Crestron modular amplifiers complement the company’s latest Vector loudspeakers, which are designed to install into corporate spaces.

With the Stampede Victory Formation Promotion Program the distributor is giving resellers a chance to go to Super Bowl 52 in Minneapolis.

The sports bar experience enters a league of its own as WyreStorm teams up with Striders Turf Clublounge, San Diego, California.

“We are excited to welcome Herjan [Mennegat] and his team as our exclusive distributor [in this country],” said Apart sales and marketing director Kris Vermuyten.