How They Got There 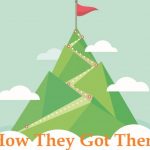 How They Got There: Mike Abernathy, National Systems Contractors Association

How They Got There: Warren Chaiken, Almo

Warren Chaiken, president/CEO of Almo, is the third generation of his family in charge – but he credits much of his success to Almo’s people.

How They Got There: Dave Meneely

DGI principal Dave Meneely began his career with a GED and a job in a higher education AV department and later bought his own firm. Here’s how.

How They Got There: Alan Brawn

With a career spanning four decades in AV industry, Alan Brawn is one of the pioneers who helped push the industry forward.

How They Got There: Anne Sellers, Diversified

Anne Sellers on how she grew from an economics major to the managing principal of Sensory Technologies (Diversified)—pivoting all along the way.