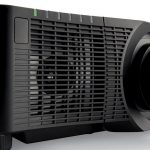 23 Best Commercial Projectors: LED, LCD, and Everything Else

We rounded up some of the best commercial projectors from Eiki, BenQ, Epson, NEC, Christie and many others, and what makes them special for certain markets.

3D: Failure is Not an Option

Wireless broadband could have failed if it wasn’t standardized. 3D is in the same position. Here are the roadblocks 3D faces.