Visitors to the Legacy Gallery at the John F. Kennedy Presidential Library and Museum in Boston are immersed in a multi-sensory experience as they view a display of changing images depicting places around the world that are named for the 35th U.S. president.

At the exhibit, touchless Audio Spotlight technology was used to meet the challenge of playing audio narratives to describe the images that are in very close proximity to each other without creating any sound bleed from one display to the next.

The newly refurbished exhibition space in the JFK Library Legacy Gallery was unveiled last year and the museum curators installed four Holosonics AS-24i speakers in the gallery’s ceiling to broadcast descriptions of the images that are on display for patrons.

Related: Museums Are Taking Their Collections Online: What Technology Can Do To Help

In the gallery, the Audio Spotlight directional sound speakers are paired with an external audio feed that is connected to the respective video screen that each speaker plays sound for.

The narratives that are played from the Audio Spotlight speakers in the Legacy Gallery include commentaries about Kennedy from his late brothers, Senator and Attorney General Robert F. Kennedy Senator Edward M. Kennedy; and his sister, Eunice Kennedy Shriver.

In the narratives, the president’s siblings discuss JFK’s role in establishing and/or inspiring programs that continue to strive today, including the Peace Corps, the U.S. Space Program, and the Profile in Courage Award.

As visitors come out of a dark corridor that documents the president’s assassination in 1963, they find themselves in the recently modernized and brightened JFK Library gallery. 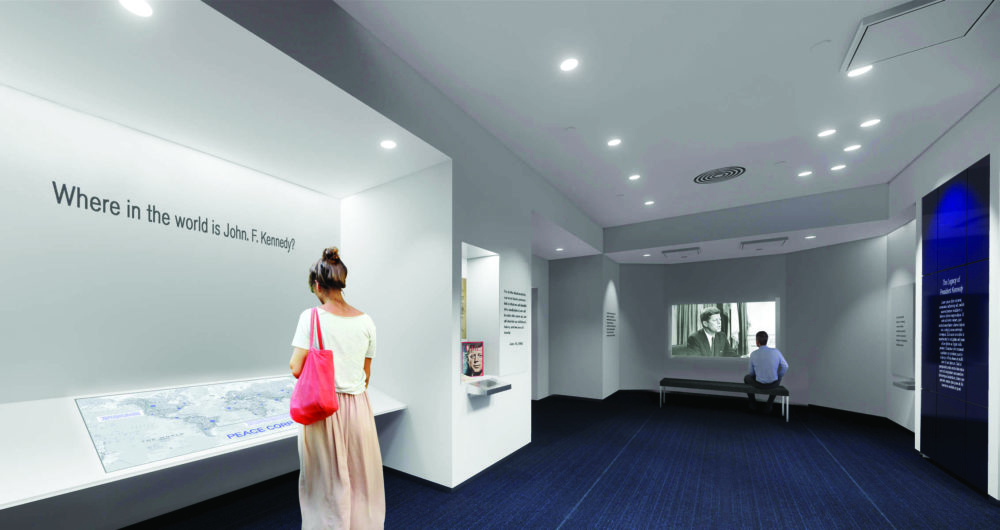 As part of the 2019 refurbishment, the patented, revolutionary Audio Spotlight technology was installed to beam the narratives that describe the changing images on monitors that educate visitors about the many places that are named in Kennedy’s honor.

In an interview posted on the library’s website, Legacy Gallery exhibit designer Amy Forman and the library’s digital strategist, Jamie Richardson, discuss the how Audio Spotlight directional sound in the newly refurbished exhibit enhances the overall experience for patrons who visit the library.

“It’s an interactive exhibit, where people can explore the Peace Corps map of the world and the scale of the different shows… so, it was a balancing act and we did a fair bit of time testing sound,” Forman said.

“We have these focused speakers that enabled us to have a few presentations that are close to each other and still keep the sound separate,” she said.

“But the (directional sound in the refurbished exhibit) lets you focus on each individual aspect and I really appreciate that,” she said.

The museum, which was designed by legendary architect I.M. Pei and was inaugurated in 1979, also called on Holosonics in 2017 to incorporate Audio Spotlight directional sound technology into a previous exhibit called “JFK 100 – Milestones & Mementos.”

For its use in museums like the John F. Kennedy Presidential Library and Museum and other similar settings and applications, the self-powered Audio Spotlight directional speaker ensures that any exhibit has its own isolated audio, for a personal experience that keeps the surrounding areas quiet. 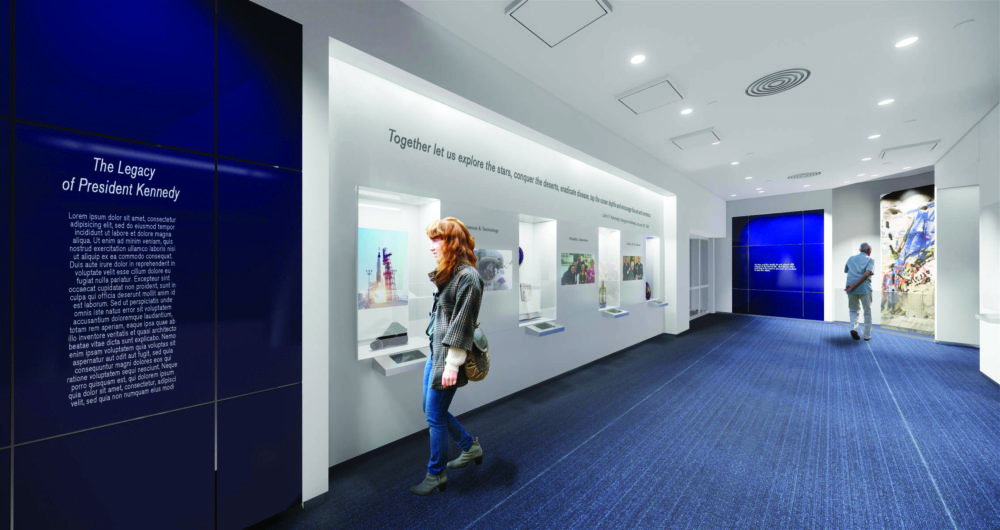