As with most other spaces set up for large public gatherings, museums and galleries across the U.S. and around the world are closed as we deal with the spread of the coronavirus. That’s forced curators and IT staffers to find creative solutions to share knowledge with their audiences via museum technology and the internet.

It’s meant the museum and gallery experience has gone primarily from an in-person endeavor to one that’s primarily online, meaning more reading and looking at photos and videos of these relics.

Mad Systems founder Maris Ensing, whose AV integration business works in many museums and galleries, says the sudden shift because of the COVID-19 pandemic hasn’t had much of an effect on his company yet, but he expects there will be a long-term change in how museums deliver their content.

He’s been impressed with how quickly most museums have been able to shift their focus to beefing up their online offerings in the wake of the worldwide virus and says that’s a credit to planning ahead for situations just like this one, even though it’s not something anyone could have ever envisioned. 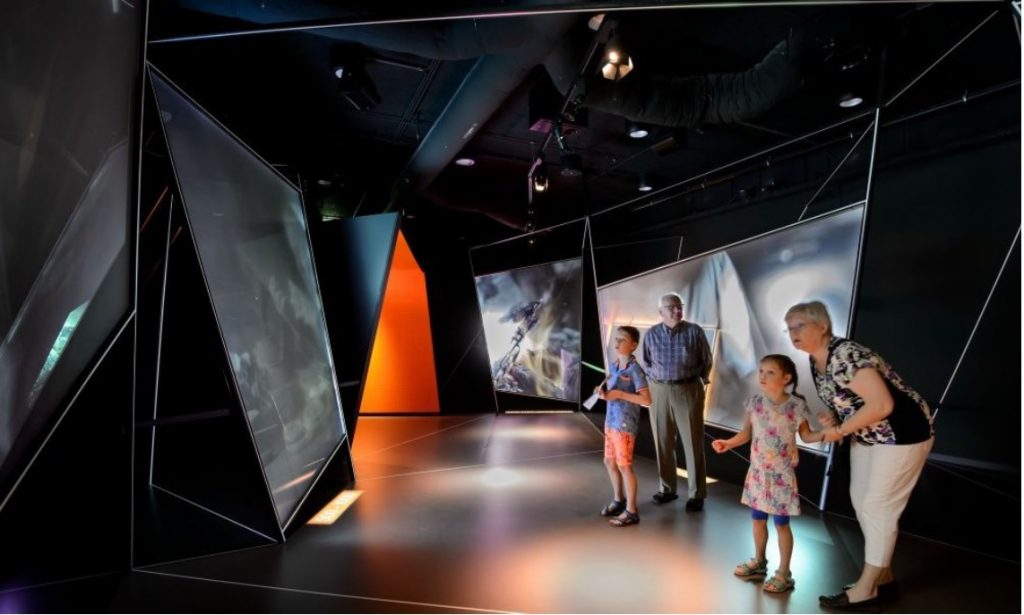 “All these museums have clearly in the past done a lot of this prep work,” says Ensing.

“They’ve advanced their plans to make sure they remain relevant. It gives parents and caregivers an opportunity to make sure they can take a break and still show them something educational but isn’t dry lessons.

“I’m glad museums have changed their efforts to make sure they get as much online as possible as quickly as possible,” he says.

AV integrators don’t often play much of a role in developing the content for museum websites, meaning the shift to online galleries isn’t much of a factor for Mad Systems or any other AV integrator. It’s usually driven by in-house museum IT teams, says Ensing.

“It’s something they’ve partly had in place and put some additional urgency on now,” he says. “It really comes down to museums telling their stories and having media of their assets.”

Most of Mad Systems’ projects are moving forward, says Ensing, and the company still has plenty of requests for proposals coming in despite the coronavirus situation forcing many industries to slow down or cancel much of their work.

Mechanical work and rack building has certainly slowed down during the pandemic, says Ensing, who isn’t sure when his AV teams will be cleared to work inside museums and galleries again.

“I don’t want to put anyone in the position where they have to leave their families and potentially expose themselves to anything,” he says.

“There will be a point at which museums might still be closed and because they’ve been closed for a while, they will be safe places to work,” says Ensing. “There will be opportunities for people to start to revamp work and adding some interactives or doing maintenance work.

“That could be done safely without risking anyone’s health,” he says.

Ensing doesn’t see the shift to online-only museum experiences to be enough to keep people away when it’s safe to return to museums, although he does expect some people to be less interested in some of the VR experiences that require sharing headsets with strangers or even family members.

“This will be a good stimulus for people to see something they can’t get at home,” he says. “The real presence of real artifacts, real interactives and real experiences is not something that’s replaceable by putting things in the virtual world.

“I see this as a welcome addition. I have no concern museums will lose any relevance, if anything this will make them more relevant,” says Ensing.