Yamaha and Audinate are teaming up to present a free webinar entitled “Audio Networking For Houses Of Worship, Colleges and Universities” on May 23 at noon Eastern.

This webinar “will examine Dante-enabled solutions for system design, implementation and management for carrying large numbers of audio channels around an auditorium and for distributing audio throughout institutional campuses,” according to the press release.

Topics of the Yamaha and Audinate webinar include:

Click here to register for the free Yamaha and Audinate webinar, “Audio Networking for Houses of Worship, Colleges and Universities.” 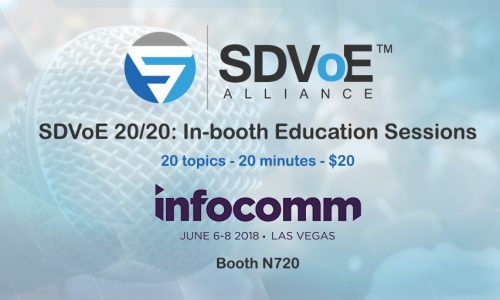 Together with the newly released CSD-R7 control surface, the I/O racks are components of the RIVAGE PM Series, including the new RIVAGE PM7 digital mixing system.

Both units can be used with current CL and QL Series digital mixing consoles.

Yamaha firmware Version 4.5 for the industry-standard CL and QL Series digital mixing consoles will provide support for the new Rio3224-D2 and Rio1608-D2 I/O racks and the Audinate Dante domain manager.