Over 17,700 pedestrians per hour walk the Las Vegas strip on any given day, passing by plenty — but The Forum Shops at Caesars Palace took a different approach with Bose Panaray and FreeSpace loudspeakers.

The upgrades were initiated by property owner Simon, with graphics content created  by Moment Factory with support from Acquire Digital. Simon and Moment Factory subsequently worked with Mood Media and Bose Professional to design, spec and install the audio system.

“Our team built 22 animated capsules using 3D architectural illusions to capture tourists’ attention from all angles where the Marquee can be seen,” says Moment Factory.

“Immediately, we had visitors stopping to look and take pictures, and that increased traffic to The Forum Shops. But we wanted a more immersive experience, so we added a sound layer to the project – that’s where Mood Media and Bose came in.” 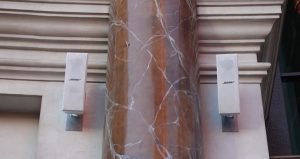 “The Forum Shopssystem is simple yet comprehensive in terms of its coverage,” says Craig Breigle, Mood’s Director of Retail and Development System Sales.

“The FreeSpace loudspeakers are in the landscape beds in-ground along the sidewalk, located between the show area and Las Vegas Boulevard.” 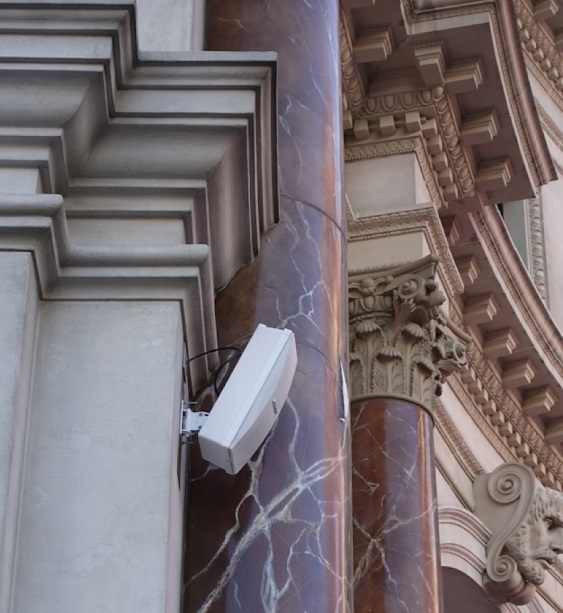 Results: They Want It Louder

“Everyone at The Forum Shops is very happy,” says Breigle.

“A manager at Simon was helping us get the final elements set up that night, and I asked him about implementing some of the scheduling features of the system, to maybe automatically turn it down during the wee hours. He told me, ‘No, I’d like to turn it up then, actually. This is Vegas!’