In the latest round of a court battle that’s been waged between the two companies, ClearOne announced today it has filed a lawsuit against Shure Incorporated for trade secret misappropriation and willful patent infringement of a third ClearOne patent — U.S. Patent No. 9,264,553 (“’553 Patent”) — in the U.S. District Court for the Northern District of Illinois.

In the new lawsuit, ClearOne alleges that Shure “has sought and obtained ClearOne’s valuable trade secrets, including trade secrets relating to its revolutionary Beamforming Microphone Array products, wireless microphone products, and audio DSP mixers,” according to the ClearOne announcement.

ClearOne alleges that Shure “has used its improper access to ClearOne’s highly confidential trade secrets to unfairly compete in the marketplace and harm ClearOne’s sales,” the ClearOne announcement says.

ClearOne also alleges that Shure has “willfully infringed ClearOne’s ’553 Patent by making, using, selling and offering to sell its MXA910 and MXA310 products for use with a digital signal processor that performs acoustic echo cancellation,” according to the announcement.

The ’553 Patent relates to acoustic echo cancellation performed on fixed beams and is incorporated into ClearOne’s Beamforming Microphone Array products.

Mark Brunner VP of corporate and government relations for Shure Incorporated, dismissed the foundation of ClearOne’s latest legal action in an email to CI this afternoon.

“ClearOne is once again using litigation in the United States in an attempt to disparage Shure and recoup business losses resulting from its own failure to innovate and to provide effective solutions to the marketplace,” he said.

“Shure will vigorously defend against ClearOne’s meritless claims in the U.S. District Court, including the allegations that Shure inappropriately had access to ClearOne dealer pricing information, which ClearOne dubiously labels a ‘trade secret.’

“These allegations are simply further attempts to disrupt the channel. As with the previously asserted ‘186 and ‘806 patents, we believe the ‘553 patent is invalid and not infringed by Shure.

“We have appealed the PTAB’s recent ruling on the ‘553 patent and will continue to challenge ClearOne’s claims in the pending litigation and in this newly filed case,” he said.

In January 2019, the Patent Trial and Appeal Board (PTAB) rejected Shure’s effort to challenge the validity of the ’553 Patent through inter partes review and denied Shure’s request for a rehearing in March 2019. 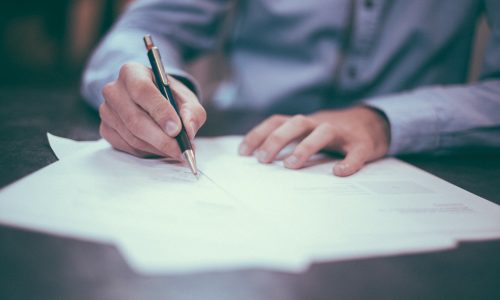 Related: Not Having Proper Documentation Can Ruin Your AV Business

Shure filed an appeal of that decision on April 8, saying thr PTAB’s construction was “improper,” among other issues.

ClearOne believes that Shure will be prevented from challenging the validity of the ’553 Patent during this new litigation on any basis that Shure could have raised during the IPR.

“This is yet another lawsuit we have filed against Shure — a very large ClearOne competitor — in an effort to protect our substantial investment in innovation over the years,” said Zee Hakimoglu, chairwoman and CEO of ClearOne, in the announcement.

“U.S. laws encourage innovation by awarding such investments with intellectual property rights. When others fail to respect those rights, we will take action to protect them so that we can continue delivering innovative products and superior customer experiences, as well as ensure fair competition in the marketplace.

“We are confident that Shure will be held responsible for its brazen actions,” she said.

The lawsuit seeks monetary damages — including treble and punitive damages — for past infringement and injunctive relief to prevent the continuing infringement of ClearOne’s valuable intellectual property.