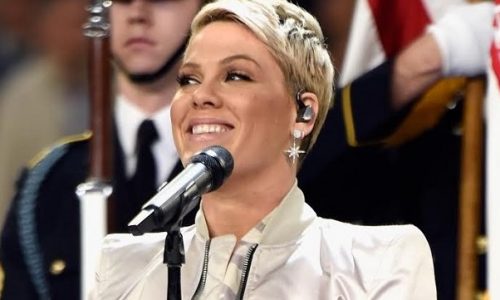 The P!nk Super Bowl performance was made possible by a Sennheiser Digital 6000 Series system. Together, the two were the real winners of the recently completed NFL championship game.

P!nk’s rendition of the national anthem in front of a crowd of nearly 68,000 people and a TV audience of over 100 million was praised by football and music fans. Such a high-stakes event required a reliable sound system.

“For an artist whose vocal performance is so well renowned, it is important for us to have the ultimate equipment specification both on tour and during the Super Bowl,” says Jon Lewis, monitor engineer, P!nk.

“We have a very strong relationship with Sennheiser, and the Digital 6000 enables us to attain the best digital audio quality, as well as dependable RF.”

P!nk Super Bowl Performance Not the Only Stop for Sennheiser System

Performing the national anthem is notably difficult, since the song contains 19 distinct semitones.

“I first used the Digital 6000 on a recommendation from Dave [Bracey] who had used it with Adele,” explains Lewis.

“Since then, I’ve just been blown away with the distance range and quality. It has proven to work equally well on both in-ears and through wedges, and the microphone itself can handle being in environments with super high noise levels like the Super Bowl.”

During her performance at the Super Bowl, P!nk sang through a Sennheiser SKM 6000 handheld transmitter, along with a MD 9235 capsule.

“We have always been really happy with her voice on the MD 5235, so when we moved over to the Digital 6000 series, it was a very natural progression,” adds Lewis.