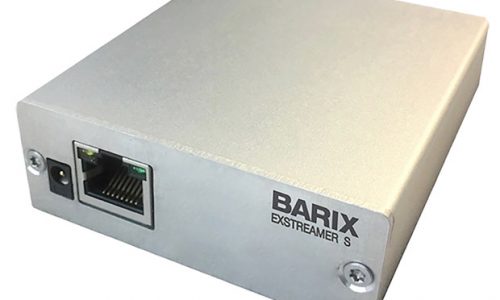 “For customers wanting to deliver streaming background music and messages across a high number of locations, budget restrictions and price sensitivity have often led them to use consumer-grade players that lack the reliability and usability of dedicated solutions,” said Reto Brader, VP of sales and marketing at Barix, in the announcement.

Powered by the company’s new IPAM400 IP audio module, which is also debuting as part of the Barix ISE 2018 offerings, the Exstreamer S “provides high-quality decoding of live audio streams and advanced buffer management in an ultra-compact form factor,” according to the press release.

The Exstreamer S “continues Barix’s hallmark of superior reliability, with 25 years MTBF (mean time between failures),” according to the announcement.

The units feature a 3.5mm stereo audio jack and Ethernet port, with support for IPv4 and IPv6 networking protocols and IT security requirements. 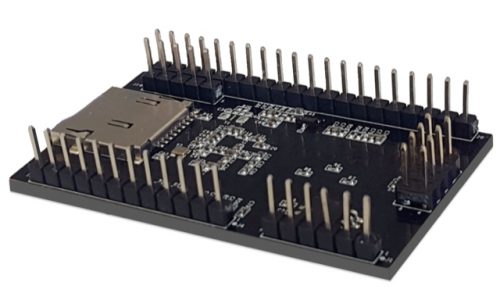 Offered as a cloud-based service or for customers to purchase and install locally on their own servers, the portal lets users switch streaming channels via a web browser or mobile device without needing to interact directly with the receiving decoders.

“Customers with multiple streaming channels often want to switch between them when their audience demographic changes,” said Brader.

“For example, a fitness club may suddenly be crowded with people from a different age group, and want to switch the music to suit that new set of members. With Retail Player, the club’s manager can switch streams through the portal without ever needing to access the hardware.”

The Barix Retail Player portal also simplifies maintenance and upgrades of multiple Exstreamer S devices, including the ability to remotely update the units’ firmware as new features and enhancements are released to meet customers’ future needs.

The initial release of the Barix Retail Player solution, with basic configuration server functionality, is slated for later in the first quarter of 2018. As the solution is designed for large-scale deployments, the Exstreamer S hardware will be sold in bulk for projects spanning many hundreds of sites.