In the wake of the horrific mass shooting at Marjory Stoneman Douglas High School in Parkland, Fla., many schools and colleges across the country are taking steps to improve school safety and campus security. 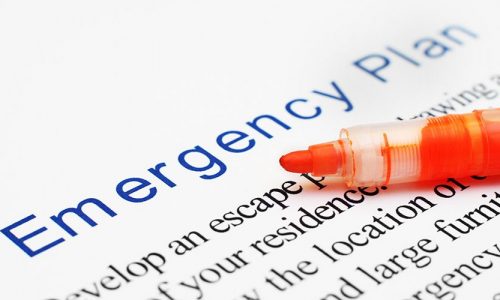 AV integration firms shouldn’t feel left on the sidelines unable to step up and contribute to the efforts. Audio, video, digital signage and many of the skillsets in-house at AV integration firms can play vital roles in designing security technology strategies for schools and colleges.

The Partner Alliance for Safer Schools (PASS) program, developed by Security Industry Association (SIA) and National Systems Contractors Association (NSCA), lays out security and AV technology guidelines for helping schools to crate security strategies. It offers integrators resources to put them in a position to help schools discover their security challenges and to use technology to create a safety strategy.

Meanwhile, an example of an integration firm that chose not to sit on the sidelines after the 2012 Sandy Hook Elementary School shooting in Newtown, Conn., is IntraLogic Solutions.

The Massapequa N.Y.-based AV and life safety integrator and software developer created the One-Button Lock-Down AV and security solution designed to minimize the time it takes to notify law enforcement and lock down a facility in the event of an active shooter situation.

IntraLogic’s One-Button Lock-Down is provided by about 100 dealers across the U.S. and is deployed in over 2,500 buildings, according to IntraLogic CEO Lee Mandel, and it’s looking to cautiously expand that dealer network. “Specialized training is involved,” he told CI recently.

“We don’t want to just pass this out to any mom and pop company, because it does integrate with several systems, but it’s a very unique technology, and it is something that we are licensing around the country for use in educational establishments, higher ed, as well as commercial environments.”

Maryland Governor Larry Hogan has proposed an additional $125 million in school security improvements, including reinforced doors, panic buttons, security cameras and metal detectors, according to DBK News. In the press release, Hogan outlined a $5 million budget increase for the Maryland Center for School Safety, which is a 600 percent increase. The center was created in 2013 following the Sandy Hook school shooting to provide training in the event of an active shooter. Some of the budget increase would go towards hiring social media analysts to identify potential threats.

School districts are also taking steps to improve school safety and security. Blaine County School District in Idaho, on the recommendations of law enforcement, began locking doors at all elementary schools during the day and using electronic buzzers and security cameras to identify visitors before granting them access to the school, reports the Idaho Mountain Express.

The decision was reached last week following meetings between school principals and police and fire officials.

The locks and cameras were already in place and can be controlled by an iPad at the receptionist’s desk.

Missoula County Public School District in Montana is also working to secure its entrances. The district is working to create welcome centers at schools that provide a single entrance where guests will have to be greeted and granted permission to enter, according to ABC Fox Montana.

Chico State University in Chico, Calif., is ramping up security in the wake of the Florida shooting and what they call the “continuing presence of mentally ill transients on campus,” according to KRCR News.

In Nevada, the University of Nevada Las Vegas has been given the green light to invest $16.5 million in campus security upgrades.

The plan was approved by the Nevada System of Higher Education Board of Regents and will come from excess reserves of student fees.

New emergency phones and improved security cameras are on the top of the list for upgrades.

UNLV police will also receive $600,000 to upgrade their communications system and to purchase more patrol bikes.