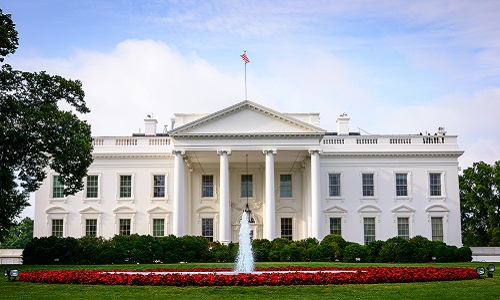 President Donald Trump has been impeached Wednesday, but he’s still the U.S. president unless the Senate votes to remove him from office. Nevertheless, there’s speculation as to what effect the impeachment will have on business of all kinds, including pro AV.

We here at Commercial Integrator tend to avoid wading into political discussions, but we felt the President’s impeachment warranted something, especially when it has potential business implications.

Yes, he’s been impeached, but there’s still a process that needs to play out. The Senate is bound by the Constitution to hold a trial, and it’ll take two-thirds super-majority vote to convict Trump of abuse of power and obstruction of Congress, charges on which he was impeached in the House.

However, that seems unlikely at this point, as Republicans —who hold a majority in the chamber — have said they’re unlikely to remove Trump.

The Democrat-controlled House of Representatives, which cast a historic vote Wednesday night to impeach, may not even send the articles of impeachment to the Senate as partisanship is taking center stage throughout this process.

Trump — seen by many politicians and business executives as a business-friendly president — has indeed pushed policies to help promote American businesses, including rolling back regulations and taking on trade agreements he sees as unfair to U.S. enterprises.

Despite the vote, stocks were “soaring” Thursday, according to The Independent.

For now, it’s status quo, unless some GOP Senators reverse course and vote to convict and remove Trump. But if the process drags on or if something really dysfunctional were to happen in this process, it could throw financial markets into turmoil, according to Forbes.

What this means for your AV business

One of Trump’s signature moves during his presidency is his ongoing trade spat with China that has included tariffs and counter tariffs on billions of dollars’ worth of goods.

In pro AV, the increased cost of devices to cover the cost of those tariffs is being passed down through the supply chain to AV integrators and their customers.

Trump has recently signaled that the U.S. and China have agreed on at least some trade disputes, which should be good news for most in the AV world.

If Trump is removed, Vice President Mike Pence would assume the presidency but it’s unclear if he would continue Trump’s aggressive stance on trade.

Republicans, as Pence is, are also staunch opponents to regulations and red tape, so the end of a Trump presidency likely wouldn’t stop the anti-regulation efforts of the executive branch since Trump assumed office.

If the President survives the process, the 2020 election is around the corner, which could bring about big change for businesses and the AV industry.