Electrosonic is no stranger to the museum market, having earned 2014 CI Integrator of the Year honors in part for his expertise in the space and more recently adding a 2019 Integration Award for creating the AV experience for the world’s most interactive museum. 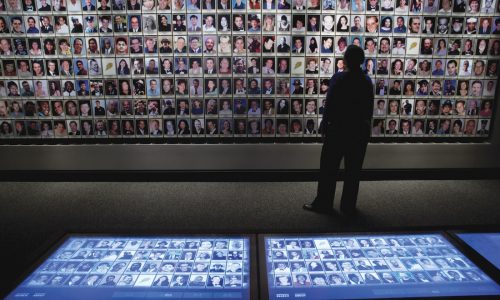 But it’s hard to imagine Electrosonic staffers had more fun on any project than they did at the National Mascot Hall of Fame in Whiting, Ind.

The Mascot Hall of Fame is an interactive children’s museum celebrating professional and collegiate mascots with fun, engaging exhibits that incorporate STEAM (Science, Technology, Engineering, Art and Math) themes from making healthy nutrition choices to the physics of wearing a heavy mascot costume.

Just 30 minutes outside Chicago, the Mascot Hall of Fame is expected to be a popular destination for school field trips and youth organizations with almost 1.7 million students within a 100-mile radius.

It will host special events throughout the year, including mascot boot camps and character appearances, and there will be an annual induction of new mascots voted into the Hall of Fame. 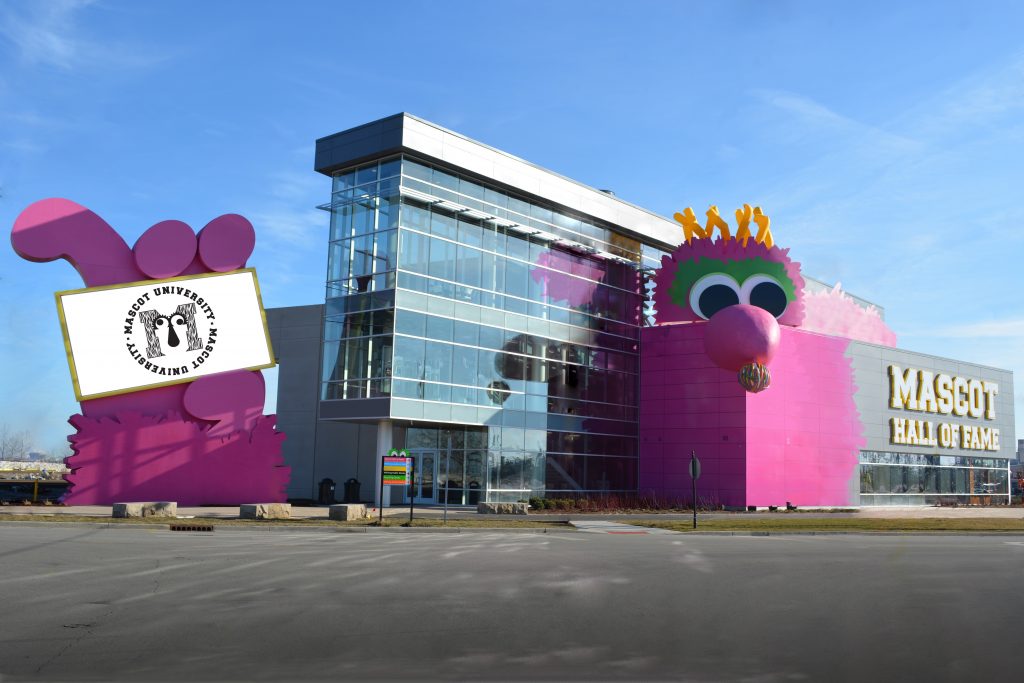 Inside the Mascot Hall of Fame

“The exhibits bring to light the history of mascots and their important role in sports while tying in the STEAM goals to show that being a mascot is serious work,” says Morgan Rottinghaus, director of strategic partnerships at Electrosonic.

Visitors begin their journey through Mascot University in the Fureshman Orientation Theater, where they watch the story of mascots on the big screen. Fun sound effects accompany button-pushing and lever-pulling in the Marvelous Mascot Maker exhibit.

A drag-and-drop game called “Where Are They From?” matches mascots to their hometowns and the Mascot Moments Theater shows some of the many unforgettable moments mascots have helped to create.

More hands-on experiences come in the Mascot Lab, where visitors use a touchscreen to digitally design a new mascot and send it to their homes. They can also Become A Mascot themselves with 3D face mapping and send home a selfie showing the results.

The Strut Your Stuff audition even lets visitors ham it up on a green-screen stage and watch as they magically appear composited into video of the big game.

The T-Shirt Shooter gives visitors giant cannons to see who can launch the most shirts into a stadium full of fans on the big screen.

“The exhibit triggers pan-and-tilt potentiometers from four cannons, which are encoding the position information going into the game computer, so visitors can point where they want to shoot the virtual T-shirts,” says Electrosonic project manager Rick Nelson. 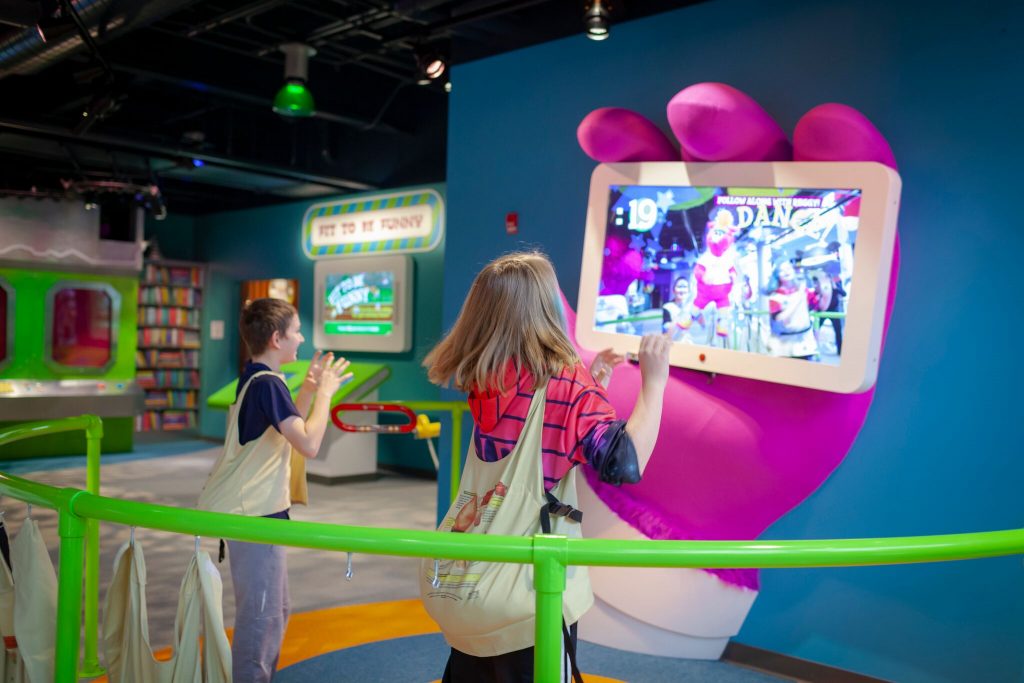 Electrosonic once again partnered with Jack Rouse Associates [JRA] in Cincinnati on the Mascot Hall of Fame installation. JRA furnished exhibit design and project management for the project. The companies have collaborated on the National Comedy Center and SPAM Museum, among other installs.

“The Mascot Hall of Fame encompassed all that we’ve done with JRA over the years and centered on our core work for museums: building technology into interactive exhibits and displays,” says Rottinghaus.

“The engineering and on-site teams thought out-of-the-box and devised solutions to problems that seemed insurmountable at the time,” he says.

To support the Mascot Hall of Fame exhibits and theaters, Electrosonic supplied more than 40 display devices consisting of Panasonic and Christie projectors, as well as NEC monitors; 10 BrightSign media players; 80 speakers including JBL, Soundtube and Visaton; and 26 computers.

In addition, a theming feature to the Mascot Hall of Fame building is a mascot hand holding up a large Absen outdoor video wall that highlights upcoming events.

Behind the scenes, Electrosonic provided extensive control system functionality for the autonomous running of the building, high-level diagnostics, muting of all exhibits and raising theater lighting if a building alarm activates, as well as the ability to globally change exhibit audio levels based on attendance.

Electrosonic also gave the Mascot Hall of Fame the programming flexibility to transform the lobby area and Furitorium Theater into special use areas for birthday parties and other events and to display different video sources like local laptops, TV tuners and flexible routing for both video and audio, says Nelson.

The company also facilitated remote access to Trivium Interactive, the software application developers, to allow pre-loading and updates from their offices in Boston ahead of their team trip to the job site for field testing, he says.

“Remote access and real-time monitoring of all network devices allow us to diagnose and help to correct any issues that might crop up as well as permit updates to media content without necessarily traveling [to the Mascot Hall of Fame],” says Nelson. 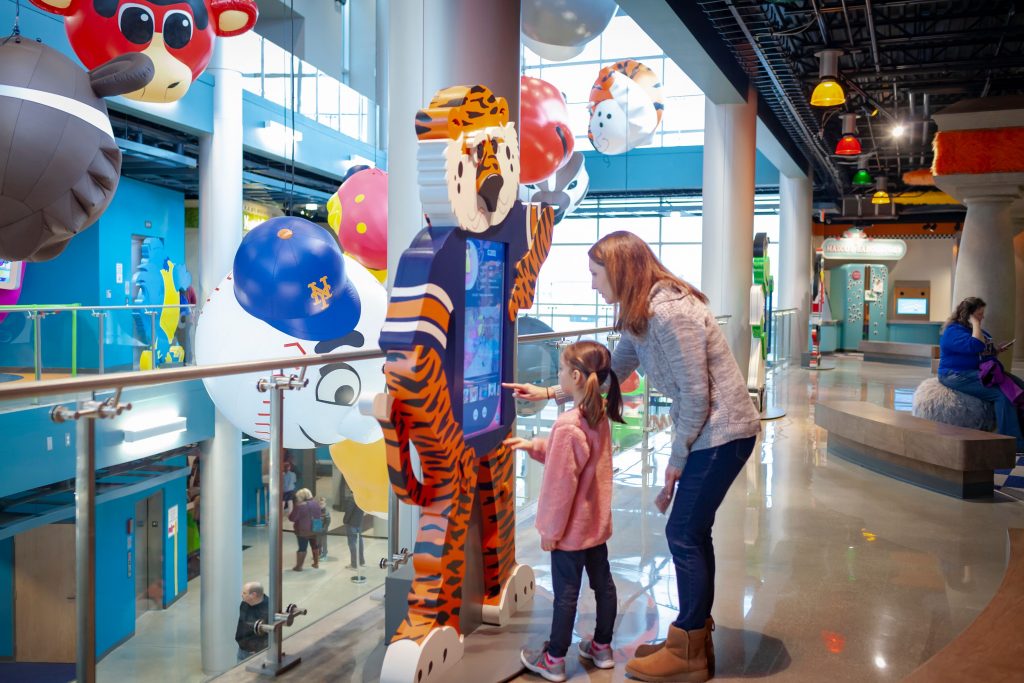