When integrators ask their customers to invest big bucks in a digital signage network rollout, they need to make sure that investment is protected. The sad reality is not everyone thinks about it and too many integrators do things that compromise the physical and digital security of these networks.

Integrators should incorporate some sort of protection—whether it’s Plexiglas, enclosures, cameras, bollards or pillars, he says.

Another key, says Goldberg, is to place the screens “where they’re not just visible to one person.”

“You can’t make everything rock-proof, bulletproof or brick-proof, but you can make it hard for people with bad intentions to succeed,” he says. “If they do succeed, you might just have some nice pictures to share with the authorities.”

“There’s a vested interest in risk mitigation in those services,” says Leedy. “The chain is only as good as the weakest link. Making sure all those links are checked regularly is critical.”

Perhaps the most important element when it comes to protecting digital signage networks, says NEC Display’s Richard Ventura, is buying “a product designed for a commercial-grade application. It’s really that simple. It’s about going with the right tools for the job.”

“You’re buying into a platform,” says Ventura. “You’re not buying a product. Once it has any possibility of being connected, it can be hacked.” 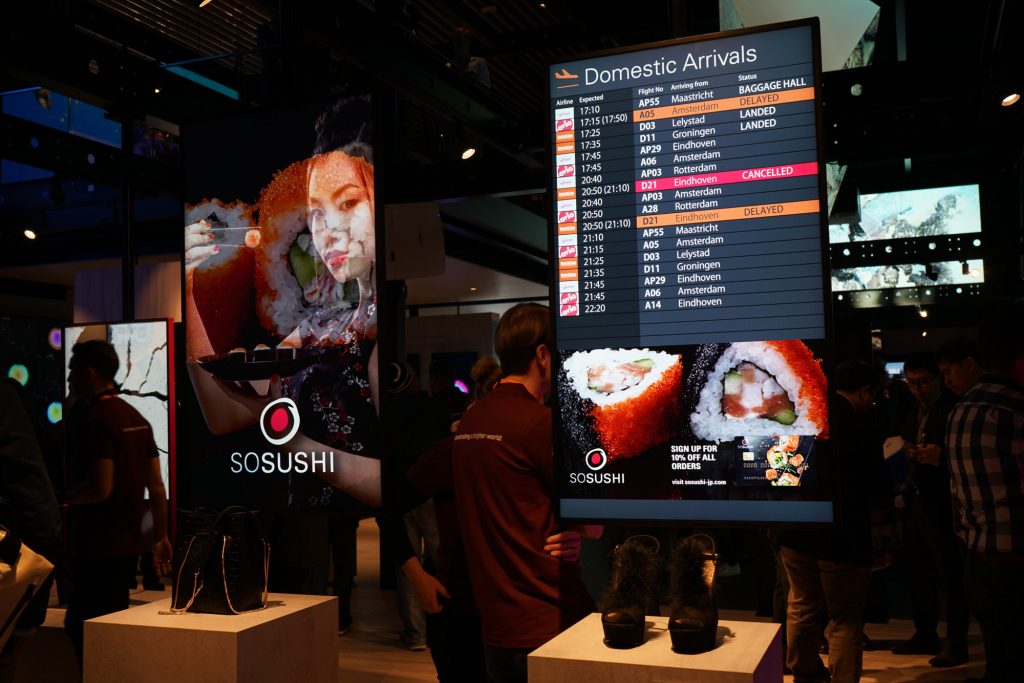 Ventura says integrators are too often guilty of allowing their customers to cut corners by agreeing to install cut-rate displays for them to help the customers save a few bucks.

“When you start cutting corners, you open people up to their screens being hacked, to data breaches and to their products being damaged and needing to constantly replace them,” he says.

Ventura says he remembers visiting a restaurant where a competitor’s digital signage was installed and seeing employees using the digital menu boards to play Xbox—while the restaurant was still open. Goldberg says using media players that are set up to pull information from a single source rather than push it can give users “some level of security.”