Are you ready to sell your AV business? It doesn’t matter if you just started it or if you’ve been running the show for 30 years. If your business isn’t ready to be sold, you’re not doing your job as an owner. Take that from someone who knows, because he’s been through it.

“You should get ready to sell your business on Day One when you start it,” says Michael Hester, founder of Beacon Communications, which he sold in 2015 after 17 years at the helm. “For it to work, it has to be a win for you, a win for the buyer and a win for your team.”

Hester, the former NSCA president who’s now in semi-retirement in Tampa with his wife Kiffie, joined Chris Younger of Capital Ventures for a panel discussion on mergers and acquisitions in the AV integration space during the 2018 NSCA Business & Leadership Conference.

Among the keys to successful mergers and acquisitions, says Younger, is knowing or feeling like you got a good deal when you sell your business. It’s also important to have pride in your creation and to sell it to the right buyer, he says.

“No amount of money is going to offset that disappointment [if you sell to the wrong buyer],” says Younger. That leads to what he calls “the grocery store test,” which tells you whether you can look your former employees in the eye after the sale if you see them in the grocery store.

“The best day of my career wasn’t when we got the check [through the sale of the business],” says Hester. “It was the day we got to share the rewards.”

Brad Walsh, who took over leadership of Beacon Communications from Hester at the end of 2015 as part of a deal with a private equity firm, says adding a board of directors to the mix has given the company increased focus.

“We’re more focused than ever on the things we can do to improve our AV business,” he says. “It’s natural for us to focus on what we’re doing well, but we don’t always take a close enough look at what we’re not doing well.”

A successful sale, says Younger, also comes with post-closing improvements to the company as well as an added sense of purpose.

“Even if you get that big check, you may not be as happy as you once were,” says Younger.

How to Get There

AV business owners should use a clear intention and personal preparation to make sure they’re as comfortable as possible when selling their companies, says Younger. They should go through a business assessment, during which they carefully consider the risks the company carries, although “your ability to see risk is better with other businesses than with your own,” he says.

“There are a lot of factors that make small companies risker than big ones,” says Younger. “At the same time, you want buyers to be slightly uncomfortable when they’re putting together that offer letter. You see and deal with the risks of your AV business every day.

The buyer only sees the risk. CEOs see none of the risk and all of the value. Value and risk are inversely proportional.”

If you’re looking to sell your AV business, talk to those who’ve been through it and how they made it through adversity and check the references for your potential buyer’s reference. You should also talk to others who’ve dealt with the buyers and follow your gut because “sometimes it’s just a feeling,” says Younger.

“If you’re looking to transition out of the company, having someone on the board who can take over can make it more valuable and less risky. If you’re good at running a business, you’ll be pretty good at evaluating buyers too,” he says.

We’ve certainly all seen and taken noticed of the increased presence of private equity and venture capitalists in the AV integration world, but why is it happening?

Younger says there are a few factors that makes the industry attractive to companies that are looking to turn a quick profit: recurring revenue gives them a long tail and technology continues to become more omnipresent.

But don’t be fooled into thinking you’ll necessarily be rolling in dough if you sell your firm to a private equity company, says Verrex CEO Thomas Berry Jr.

“Private equity doesn’t come in with a bucket of money,” he says. “That goes out the door with the sellers.” The most important factor in any company changing hands, says Berry, is EBITDA, which is earnings before interest, taxes, depreciation and amortization.

“New buyers bring new ideas and new cash. We’re not as complacent or risk-averse, but we’re more challenged so that keeps you on your toes,” he says. 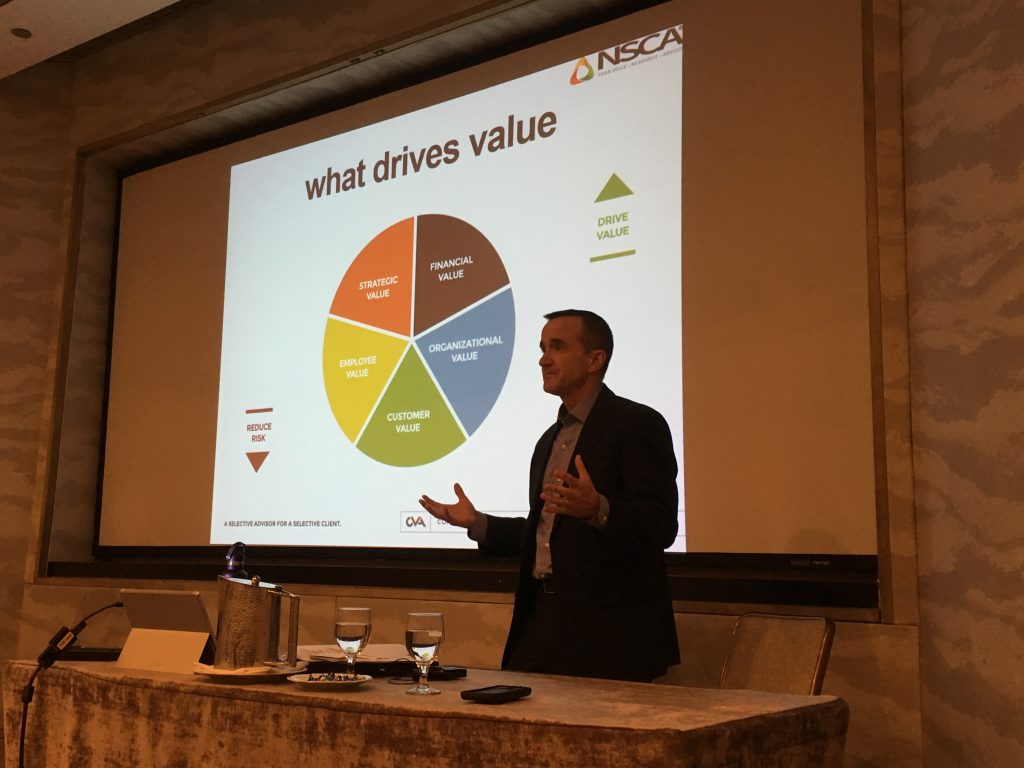