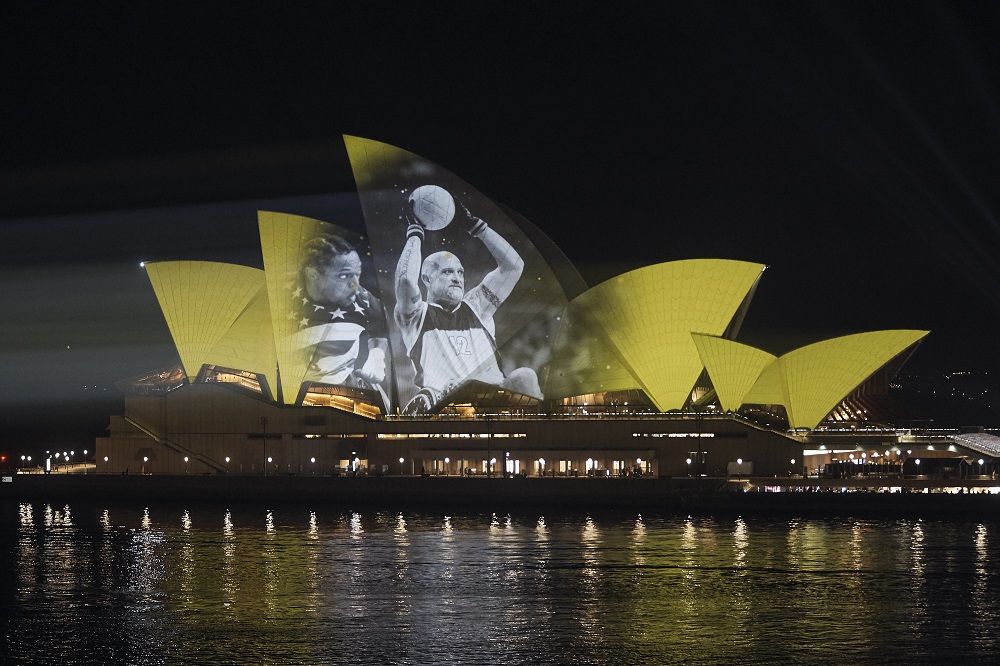 The ceremony and live broadcast was postponed for an hour due to a major electrical storm.

Laser-projected images were delivered onto the 9,000 square metre sails.

The projectors feature 4K/UltraHD resolution; that’s four times the number of pixels of HD, and means that they deliver 138,240,000 pixels to the sails – equivalent to four IMAX screens – with startling clarity and colour fidelity regardless of the weather.

Additionally the Invictus Games Sydney 2018 content was managed using 3D modelling and UV mapping features of the disguise 4x4pro media servers, a key element of this part of the project.

“It was the 13th time we’ve lined up the Sydney Opera House, and the third time this year,” says Steve Cain, head engineer and media server specialist at TDC.

“For the first time, I tried something new – changing which projectors hit which part of the Opera House, redefining which parts hit which sails.  Basically, we used the same gear as we’ve used before for similar high profile events – but this time, we used it smarter, giving us a brighter, crisper image. What we got was a much better result – one that we were very happy with.”

Cain appreciated the unique platform. “Not everyone has the opportunity to use the Sydney Opera House as a canvas,” he laughs. “We’re very lucky to work with this building so often, and make what we do better each time.”

The tight schedule for the event gave TDC just one night to complete the set-up, with the following night being used to provide a viewing for the content creators and key officials. The opening event involved around six hours of sails projection. 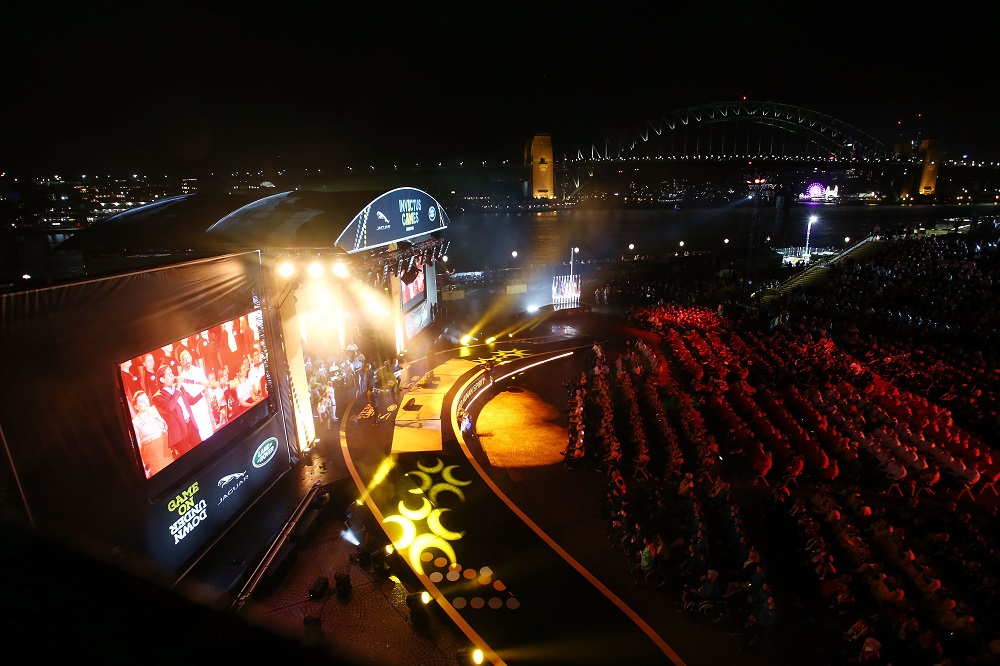 Where the more formal opening ceremony took place outdoors, the celebratory closing ceremony was an indoor event. It provided TDC with the opportunity to leverage its expertise with the disguise gx 2 media server, GrandMA2 lighting desk and Notch VFX.

The closing ceremony provided TDC with the opportunity to leverage its expertise with the disguise gx 2 media server, GrandMA2 lighting desk and Notch VFX.

“The grand finale, with the performers and officials, was the highlight,” says Cain.

“It was certainly nice to be indoors, with a roof over our heads and out of the weather. We used Notch with Aloe Blacc [a Grammy-nominated R&B musician] and also created smoke trails, particle generators and stylization effects for the cameras: when someone moved fast, there were trails on them – all in real time and with no delay.

“There were 12 VFX feeds for the bands. It all helped create a brilliant party atmosphere.”

The work of TDC ensured that the 500 competitors, their accompanying family and friends and all those in attendance at the opening and closing ceremonies enjoyed a world’s best visual spectacle. 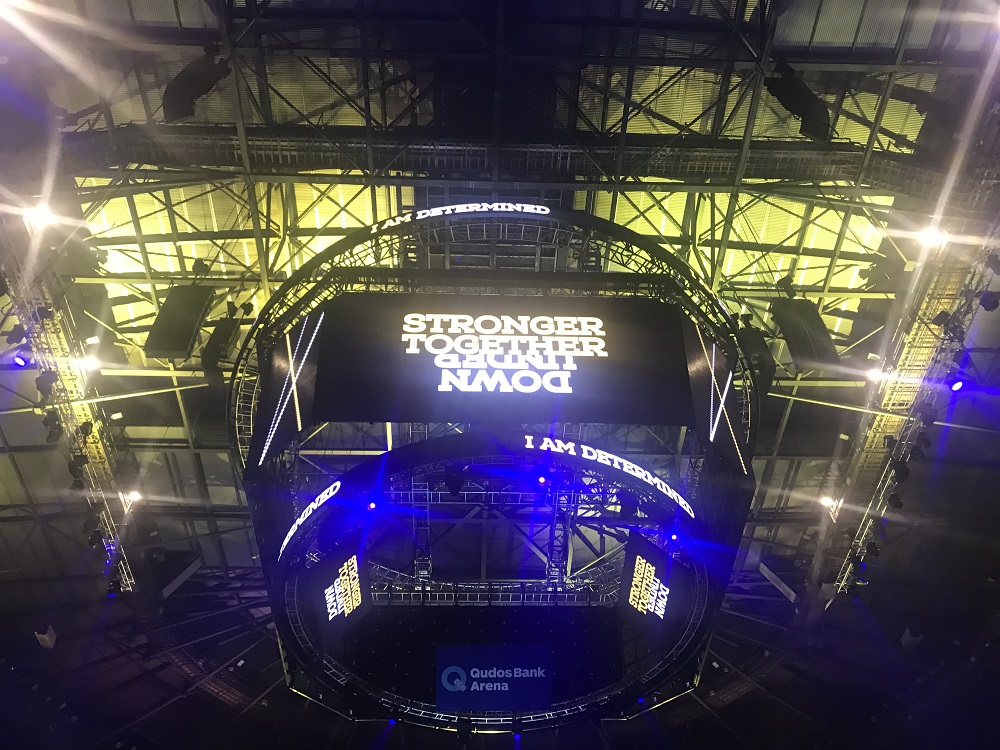 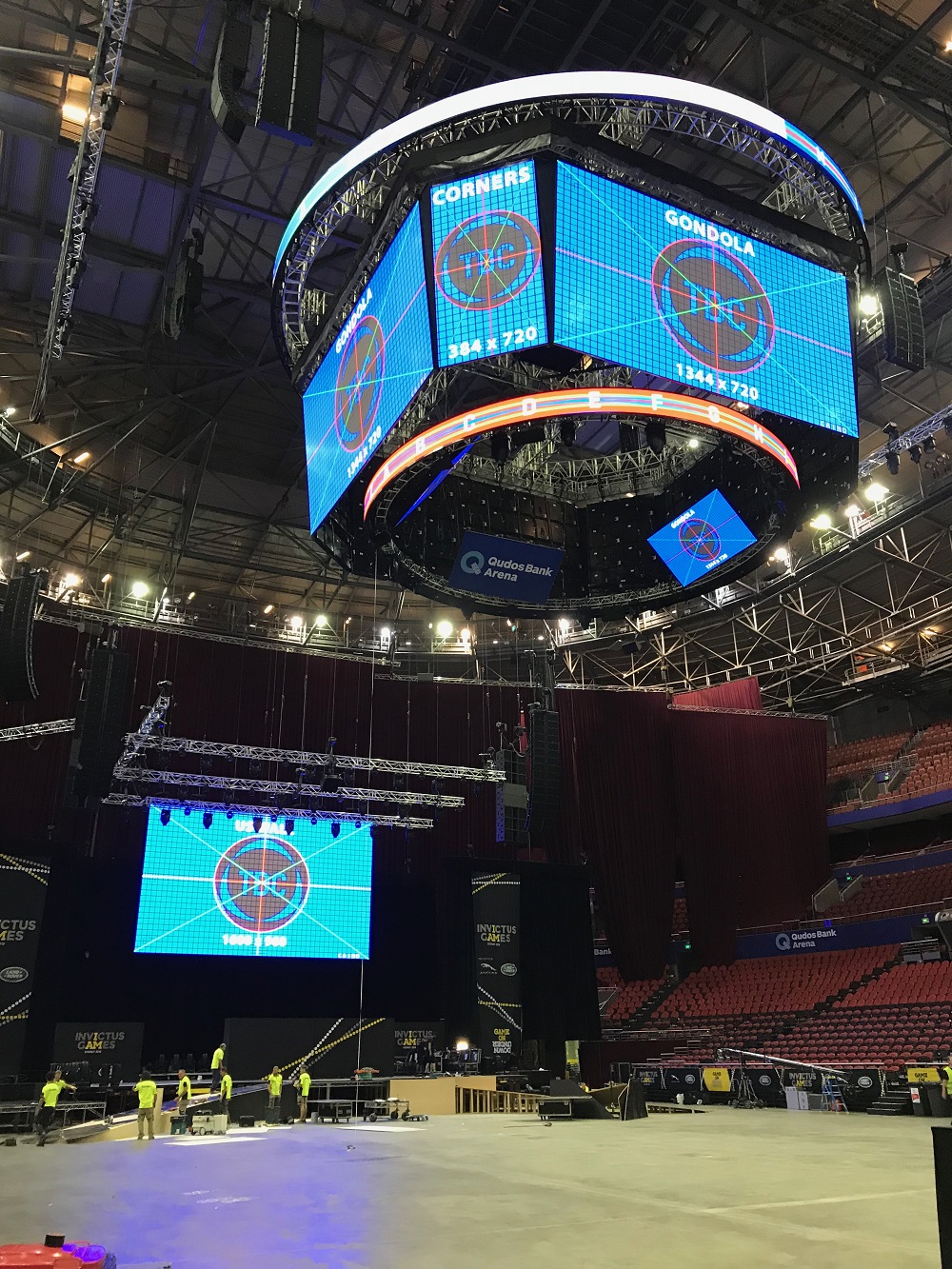