Are you making it effortless for your customers to interact with you, not only when you’re trying to sell them something but especially when they have an issue they need you to resolve for them?

Sure, there’s something to be said for providing that proverbial “moment of WOW!” but that’s not always enough, according to a study of 125,000 customers, 5,000 customer service representatives and more than 100 companies, and Matt Dixon, chief product and research officer at Tethr.

The biggest disappointment for those who rely on those WOW! moments to set themselves apart from the crowd, Dixon told about 180 attendees at the 2019 PSNI Supersummit, is that delight doesn’t pay.

“We spend a lot of time trying to exceed customers’ expectations, but there’s only a marginal change in loyalty between when we meet them and when we exceed them,” he says.

Delight only happens about 16 percent of the time, says Dixon, and it increases operating costs 10 to 20 percent.

In addition to the troubling discovery about the paltry effect of delight on customer loyalty, Dixon noted that service is more of a factor in driving customer disloyalty than helping to actually retain them.

If you’re forced to make repeat contacts, repeat information to multiple people because of transfers, given robotic service that feels like it’s out of a manual or rule book or feel an increase in the hassle factor, chances are you’ll find someone else to meet your needs next time, he says.

But there are ways to mitigate disloyalty

Customers who go through low-effort AV experiences return for another interaction in about 94 percent of cases, he says, and about 88 percent of customers will give a company an increased share of their wallets after low-effort experiences.

The 4 pillars of effortless AV experiences

The worst question any customer service rep can ask is, “Have I fully resolved your issue today?” 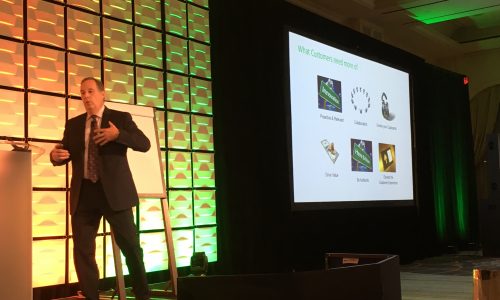 Related: ‘Pro AV Experiences’ are the Future (Not a Scary Concept Or Another AV Industry Buzzword)

While that question seems innocuous enough and even helpful for the most part, it’s a way for companies to prove that they can solve problems in a single phone call, so it’s more about piling up stats than actually helping customers, says Dixon.

To drive that point home, more than three-quarters of companies believe a single phone call is enough to resolve most customers’ issues, while the customers themselves say it’s only true about 40 percent of the time.

Customers are most often forced to call for additional help when the original rep with whom they talked failed to resolve the original issue, says Dixon, or when they don’t fix issues related to what the customer called about initially.

That means that, while the call may resolve the problem, it might also cause others, but those aren’t discussed or mentioned in that initial phone call, he says.

In fact, empathizers fall below rocks and accommodators too among the seven types, although they’re preferable to the innovator, hard worker and competitor.

Too bad almost one-third of customer service reps today fall into the empathizer category, with hard workers second at about 20 percent.

Empathizers are preferred by more than 40 percent of company leaders, followed by innovators at 18 percent.

Maybe that’s why so many customers have so few effortless AV experiences these days?