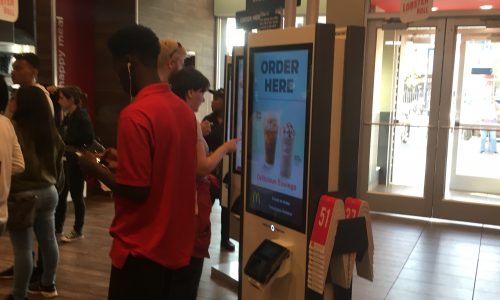 I’ve never been known by my family or friends—or people within the systems integration world—as a guy who’s on the cutting edge of technology, but you’d think I wouldn’t have any issues placing an order on a touchscreen kiosk inside a Boston area McDonald’s.

I was on my way to a Red Sox game Saturday night and in a bit of a rush to meet my friend at the ballpark. For some reason, I had a craving for a quarter-pounder, so I followed my craving to the Golden Arches in Kenmore Square. It’s a short walk from Fenway Park, but I knew my time was short before we were supposed to meet. Little did I know I was walking into The Matrix. I opened the door and saw before me three touchscreen kiosks that I didn’t know at the time would lead me to be several minutes late.

And I wasn’t alone. Hard to believe the multibillion-dollar clown-run conglomerate has been trying to patent the slogan, “The Simpler, The Better” given the struggles I and others there experienced. 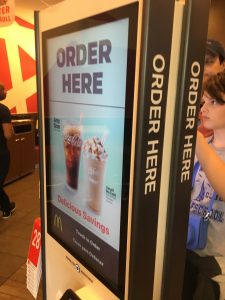 You’d think ordering a cheeseburger, French fries and a drink wouldn’t require any sort of training or advanced degree, but I was among many who were perplexed, and maybe overwhelmed, by the prospect of placing my order on a machine when, over my shoulder and behind the counter, were two McDonald’s employees who didn’t seem interested in helping us expedite the process.

It literally took me several minutes to place my order, which seems counter-intuitive to the purpose of the touchscreen kiosks and the fact I was ordering food at a fast-food restaurant. Then the wait to get my food went for almost 10 minutes. I’m just glad I wasn’t the only one struggling to understand that a quarter pounder is considered a “large” sandwich in Mickey D’s vernacular. 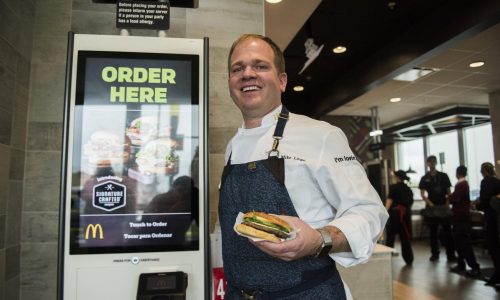 The point of all this is not to highlight my technological incompetence; there are better ways to do that, which many of you know and have seen for yourselves. It’s to say integrators, and even end users, need to think about the impact of the technology they’re installing on the intended audience.

This McDonald’s—and thousands like it—are installing these touchscreen kiosks with the point of allowing customers to customize their orders and expedite the process, but the exact opposite was happening in my visit. I’m not planning a full-scale McDonald’s boycott as a result of my experience, but I will probably think twice about visiting this particular location in the future.

Technology should be about making people’s lives easier and better, not about sending them through a frustrating experience that also bog down what’s supposed to be a more streamlined result.

Do you dazzle your customers with fancy technology without thinking about whether they’ll actually be able to use it once you walk out the door? If so, you’re doing more harm than good to them. It doesn’t have to be a touchscreen kiosk in a fast-food place. It could be a control system in a board room or a video wall in a hotel lobby. If people can’t figure out how to use the technology you install for them, they’ll stop using it and eventually stop calling you when they need an upgrade.