I took a typing class in high school and I’ve been writing articles professionally for almost 25 years now and I still use my index fingers when I’m slaving away over a hot keyboard to bring you the biggest news, product announcements and blogs. 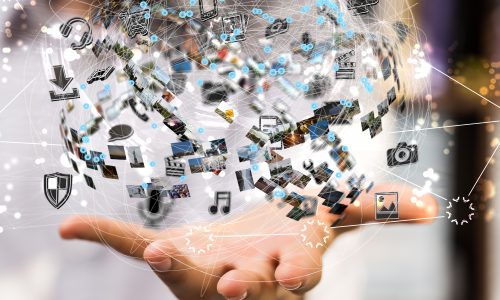 Related: How AV Technology Continues to Transform Our Culture

But unlike those who can fire off texts at Michael Johnson-like speeds, I’m nowhere close as fast with my typing on my smartphone as I am with a regular keyboard. Please keep your jokes about my speed on a typewriter to yourselves—assuming you know what a typewriter is.

Researchers from Finland’s Aalto University, the University of Cambridge in the UK and Switzerland’s ETH Zürich recently found that people type about 70% as fast on mobile devices as on QWERTY keyboards.

The study looked at speed and accuracy data from a typing test taken by 37,000 volunteers in 160 countries. The so-called “typing gap” is closing as people become less skilled at using full keyboards and better at using mobile devices.

The data was gathered from around the world, but most of the volunteers were women in their early 20s. On average the volunteers spent around six hours a day using a mobile device, and about 50% of the participants came from the U.S.

Researchers also found a strong generational effect, with those aged 10-19 an average of 10 words per minute faster on mobile devices than those in their 40s.

Based on the multi-tasking I’ve seen lately in public restrooms and the highways on my way to and from CI World Headquarters, this isn’t at all surprising. After all, people can’t spend too much time “taking care of business” in the restroom and traffic jams only last so long, right?

If you don’t fire off those texts quickly, you’re going to miss your chance to do it until the next traffic light or road construction slowdown. And imagine how much the world could change in those 30 seconds if you don’t shoot that text out right away.

Increasing use of mobile devices may explain some increase in speed, but features such as autocorrect also improve performance, according to the study. That means we’re not only encouraging a society of distracted drivers, but one that doesn’t worry about spelling too.

Sure, I’ve grown up never being able to read a map, but I at least know how to use proper grammar and punctuation in my articles, right? Which skill is more important in the long run?

“We were amazed to see that users typing with two thumbs achieved 38 words per minute on average, which is only about 25% slower than the typing speeds we observed in a similar large-scale study of physical keyboards,” study co-author Anna Feit, a researcher at ETH Zürich, said in a statement.

“While one can type much faster on a physical keyboard, up to 100 wpm, the proportion of people who actually reach that is decreasing. Most people achieve between 35-65 WPM,” she said.

It’s been years since I measured my typing speed but I don’t think I was ever at the top end of the words-per-minute count even on a regular keyboard. As someone with fat thumbs, my speed on my phone is a lot slower.

It’s one of the many reasons I’m a dinosaur who still prefers talking on the phone to texting back and forth all day and night. And, yes, I’ll actually listen to your voicemail if you leave me one too.