I don’t really like talking on the phone that much or that often. But I like even less when I’m forced to listen to someone else’s cell phone call, whether it’s on the MBTA on my way to a Red Sox game, in and around the office or especially in a restaurant. 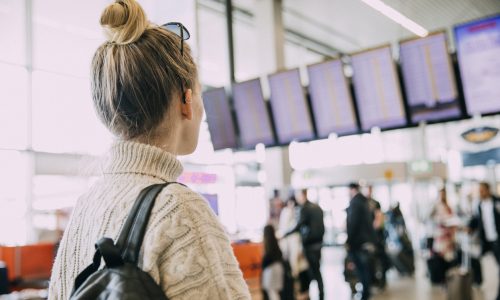 But there’s a worse place where cell phone calls haven’t been allowed yet but could be soon: airplanes. If there’s one way that’s guaranteed to make air travel somehow even worse than it already is, it would be listening to strangers prattle on incessantly with someone about how they’re talking while flying.

The sad reality, though, is it could be only a matter of time before the use of cell phones to make calls becomes a reality, according to a recent CNN report.

“Just about every plane that offers WiFi has the bandwidth to support voice over the internet, and several international airlines allow voice calls on certain routes already,” the report says.

Airline officials won’t even consider in-flight cell-phone calls until or unless they feel there is overwhelming demand from customers to provide the service, according to Henry Harteveldt, president of Atmosphere Research Group, a travel industry analysis firm in San Francisco.

Even then, airlines still may not cave in, the CNN report says.

“No matter how you look at it, allowing cell phone calls on planes is controversial,” he told CNN. “These are precisely the kinds of issues airlines tend to avoid addressing unless they must.”

“Pretty much across the board, people who work in airplane cabins say the idea of allowing passengers unfettered in-flight phone use would lead to chaos, conflict and downright craziness in flight,” according to the CNN report. “As such, they oppose phone use vociferously.

“Flight attendants are already tasked with managing overhead bin use, monitoring drink intake among unruly passengers and mediating fights between seat-recliners and passengers who don’t recline,” the report says.

I thought it was bad enough when I read CI editorial director Jonathan Blackwood’s blog on American Airlines using facial recognition. Remember when a paper ticket was proof enough that you belonged on a flight. Then again, of course, security has ramped up significantly since the 9/11 terrorist attacks.

I can’t think of any good reason to allow people free reign to make cell phone calls while they’re flying from Point A to Point B. Remember when airlines first allowed people who were scared or not mentally prepared to fly comfort animals onboard. Now, airlines have to ban people from flying with peacocks.

Read Next: Trump Has Been Impeached. How Does It Affect My Business?

If you don’t think cell phone calls will reach equally ridiculous extremes, you heard it here first. I just hope this policy isn’t in place before I head to the Dallas area for the NSCA Business & Leadership Conference at the end of February. Then again, the federal government is a little busy right now.