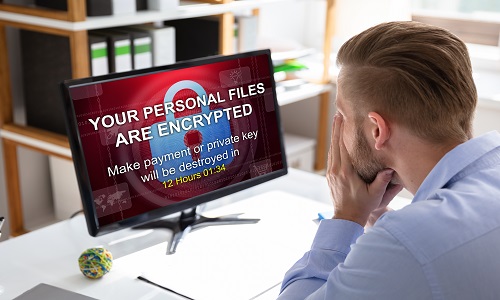 It turns out I’m in the wrong field. It turns out ransomware is actually very profitable, with ransom demands ranging from $1,000 to as high at $1 million, according to cyber crime stats.

This begs the question: why don’t more people — especially IT professionals — get into this line of work?

Is it the legitimate paycheck? The fear of getting caught?

Obviously I’m kidding, and exploiting the cybersecurity vulnerability of a city, town, school district or company for profit is despicable. That’s apparently what drove Michael Gillespie of Illinois to become one of the world’s leading fighters of cyber crime.

A computer repair technician by day, Gillespie – featured in a ProPublica article — has made a name for himself for developing free  decryption tools and an automated program that matches an entity’s ransomware-encrypted file with a decryptor, if one exists for the particular strain of ransomware.

Gillespie has even consulted with the FBI to help crack a few cases, leading to him getting an award from the agency in 2017.

His success notwithstanding, he and his wife have had financial issues while he continues to only get income from his job as a computer repair tech. He refuses to charge for his site.

This is a valuable tool that so many people and companies wish they had learned about and I’m sure they’d rather pay Gillespie for his services rather than shell out big bucks to get their files back.

Even his family was quoted in the article wondering why he continues to not charge for the website while he struggles financially.

He even admitted that computer whizzes like himself sometimes consider whether they should take up cyber crime themselves.

Read Next: The “Productivity Paradox” of IT, Security, and AV

“There’s a time in every IT person’s career where they think, ‘I’m on the wrong side,’” he said. “You start seeing the dollar amounts that are involved. But nah, I can’t say that I ever have. I just don’t care to go that way.”

As the world becomes increasingly connected and the pro-AV industry taps into the IoT and introduces more vulnerabilities to enterprises, take a minute to thank your IT person for protecting you when they could probably be making more money by hacking you.