You never know where you’ll find your next most valuable employee. For HB Communications, that star worker came from probably the last place anyone expected: the company’s partnership with a local charity that helps people with behavioral and physical issues become valuable members of society. 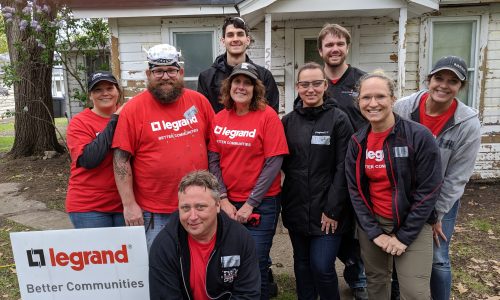 HB started its relationship with North Haven, Conn.-based Area Cooperative Educational Services (ACES) in 2006 after staffers were impressed by the good work of the organization when it was outfitting conference rooms at the organization’s headquarters, says HB Communications CEO Dana Barron.

ACES “gives these individuals a real opportunity to not only learn things like cooking for themselves, doing the laundry or other things we take for granted,” he says.

They also work with area companies “to get them out in the workforce and have them learn and gain skills and competence and disciplines to be able to earn money and be productive in society,” says Barron.

ACES has a variety of types of programs and offerings, but HB’s involvement typically focuses on members with behavioral or physical issues. In the early days of the partnership, HB brought in a handful of ACES students a few times a week to help with office tasks such as preparing binders for clients.

“Once we recognized that they’re doing some really good things, we developed a relationship that’s co-beneficial,” says Barron. “We’re both really reaping the benefits. They were doing things that required them to be focused and methodical and neat and accurate.”

In 2011, though, their relationship advanced even further when HB hired program member Sean Bogart to focus on work area organization, filing and other tasks, says Barron.

“Sean being part of the organization is very good for our culture,” he said. “Having Sean around and working with him is making us better. Everybody feels better we’re able to help Sean. Sean doesn’t realize what he’s doing for us—helping us have a better social presence and more social awareness.

“He definitely lights up everybody’s eyes when he’s in. He’s very polite and he works hard. He loves what he does. When you hear him talking about how he loves the family here at HB, it’s just heart-warming to know we can be part of someone’s life and help them so much,” said Barron.

HB Communications officials are talking about adding more ACES members to the payroll or expanding the relationship in other ways. They’re also talking about new initiatives they can launch to expand their social outreach, says Barron.

“It’s good to hear all the stories about how working with these different companies has given these people confidence and helped to make them more independent,” he says.

“It’s great for them to go through some of the classes, but to actually be able to get out and feel like they’re productive members of the community and they’re working and earning a living does so much for them.”

Barron is glad the company has a charitable arm and that it started working with ACES more than 13 years ago.

“Sometimes you have to take a minute to see what you can do to give back to the community,” says Barron. “We’re having conversations now about doing much more than what we’re doing. Once you know it’s the right thing to do, do more of it.” 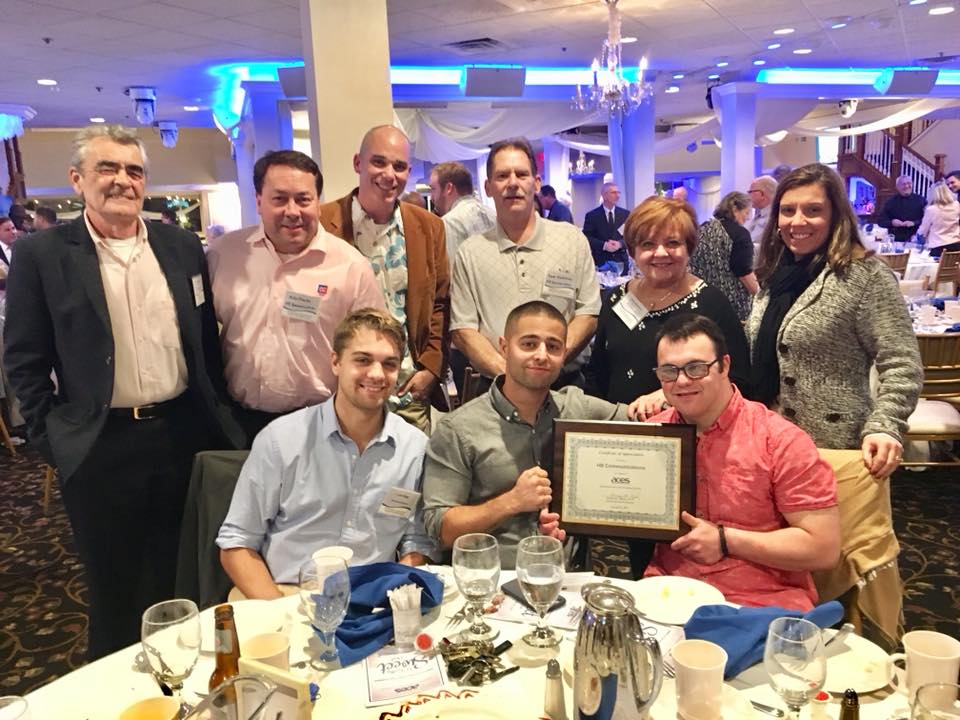 Sean Bogart has become an important part of the HB Communications family.

HB Communications was part of the team that added technology to a local school for Sandy Hook Elementary School survivors in December 2012.

“When you do something like that and you accomplish and you see everybody being selfless and working together, that’s something you can’t put a dollar sign on,” says Barron. “Once that kind of social awareness gets into you, you want to do more and more of it.

“When a Sean comes into your organization and is able to make you think differently, you’re better people for that. You’re not going out on a limb when you’re giving back. You find they make you better,” he says.

Bogart’s parents “consider everyone at HB part of their family,” says Barron. Bogart’s mother gave a speech at the ACES employer dinner that talked about how her life has been like planning a trip to Italy and ending up in the Netherlands.

“Once you get over the fact that your plans changed, you learn to love the new place,” Barron says.

Barron will soon talk to fellow PSNI Global Alliance members about HB’s work with ACES to see how it compares to other members’ philanthropic efforts.

“Maybe we can create that opportunity more globally,” he says.