Integrators, manufacturers and distributors in the AV integration space are finding more than ever that, when it comes to finding young and new talent to fill their job openings from entry-level spots to management positions, awareness of the AV industry and everything it encompasses is a big plus. 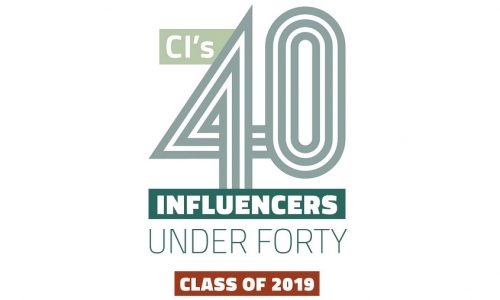 Carlos Hernandez, senior AV recruiting manager for HireSparks AV Recruiting and a member of the 2016 40 CI Influencers Under 40, interacts regularly with students fresh out of trade schools and colleges who are focused on audio and broadcasting but don’t know there’s a wider world of AV for them to explore.

“A lot of integrators are looking for fresh faces, entry-level folks who have a baseline knowledge,” says Hernandez. “A lot of times what we find is students who major in audio or communications or something in the broadcast communications industry. We have to talk to them and let them know there’s an entire new outlet out there for them in a similar vertical with a lot of room for growth.”

“We’ll look for folks who come from audio or broadcast background and let them know there’s a huge opportunity for career growth. A lot of times that’s pretty appealing to them,” he says.

HireSparks, a staffing agency geared toward the pro AV industry, recruits for openings at every level of the company from install technicians to project managers to sales engineers to executive level management. They also work with manufacturers and distributors who cater to AV.

“We pride ourselves in having a really strong network and being able to fill any position within the industry,” says Hernandez. That’s even true these days when AV companies “are looking to hire more than ever” and the thirst for young talent is stronger than he’s seen in his four years in the space.

AV integrators, manufacturers and distributors want someone who brings a good personality, who’s motivated and comes from a background that’s in some way related to AV who also has an interest in the field.

“That’s going to be the biggest deciding factor for a lot of these AV integrators,” says Hernandez. “Somebody who’s driven and really wants to excel in that industry is going to do much better than someone who just wants to find a job and then six months or a year from now, not be interested in the tech and they’re out the door looking for another company.”

HireSparks also uses career and salary maps as a tool to help entry-level employees understand what to expect when they enter the AV industry. Hernandez and the HireSparks team will offer free editable versions of this graphic at InfoComm 2019 in Orlando June 12-14.

Many young people are creating video content regularly as part of their social media posts, says Hernandez. As trivial as that may seem, it can be a big deal when coming to work for an AV company.

“Coming in with that creative perspective can really help,” he says. “They’re coming up with new ideas and initiatives. The technology at the core is marquee, but that technology changes every few years so having someone who can come in with a fresh perspective is important.”

What Integrators Can Do To Attract Young Talent

Employers are looking for people who bring a drive to succeed and work hard, initiative to take on more responsibility and even a willingness to travel, says Hernandez.

AV companies across the chain are likely the most attractive to prospective employees if their culture is strong, he says.

“That’s something that’s really going to retain talent,” says Hernandez. Integrators and many of the associations within AV are doing a good job of proactively reaching out” to universities including Full Sail University, Columbia College and Sheffield Institute among others to find young talent, he says.

Hernandez advises integrators, manufacturers and distributors to spend time at job fairs, but to ensure the booths they post show and explain the technology, not just talk about it in a brochure, “almost like you would at InfoComm.”

“Selling it as a whole package and exploring the career growth goes a long way for people who don’t know about the company or don’t know the industry exists in the first place,” says Hernandez.

Employers can also entice young people with opportunities for career growth through training and certification programs, he says.

“Make sure you read past the resume,” says Hernandez. “We’re hearing from a lot of organizations right now who are hiring across the board from entry-level install techs to sales executives. If you can identify a young go-getter, even if they’re not from AV, that can be a huge asset for your team. It’s an exciting time to be in the pro AV industry, which can be a selling point for people who haven’t heard of it.”

Hernandez has enjoyed his four years as a recruiter in AV, in part because of how much it’s evolved.

“Technology is constantly changing so it really keeps you on your toes,” he says. “A lot of the projects these integrators are working on are really cool. Being able to work on a project like [Mercedes-Benz Stadium in Atlanta] would be a ton of fun.

“If you’re a CI looking to hire a younger face who may not have experience, folks who work in construction or are in the military, a lot of what they’ve been doing will really cross over. The big issue is being able to have the experience to get a job when no one will give you a job to get the experience. That’s been an age-old issue,” says Hernandez.

HireSparks CEO and chief recruiter Michael Sparks has a few ideas about what young people should do to find the right match in the AV industry:

“Pick a great, stable company that will put you in classroom training (at least 40 hours per year), who will sponsor and give you the travel time for certifications, and stay with them for at least five years in return for that investment,” he says. “The biggest disqualifiers we face in recruiting for the AV industry are individuals who cannot hold a job for 5 years. Pick your employer carefully, for the long haul.”