Raymond Bailey, president of Lone Star Communications, has been flying planes since he was in high school in the mid-1970s, but some of his journeys in the air are a little more meaningful than others. Last Friday and Saturday, Bailey brought about 8,000 pounds of food, water, and medical supplies from Austin to Hurricane Harvey victims in Beaumont, Texas. He served five round-trip flights as part of Angel Flight, a free air transportation program with which he’s been involved since 2004.

“I think everybody wants to help and this is our way of being able to help and give back,” Bailey told a Fox television affiliate in Austin.

Angel Flight does more than 2,500 flights every year, mostly bringing medical supplies to people who can’t get them in Texas, New Mexico, Oklahoma, Arkansas and Mississippi. Bailey has also completed Angel Flight missions after Hurricanes Katrina and Rita in 2005 and to Haiti in 2010.

Each bag Bailey flew for Hurricane Harvey victims had a can of tuna or sardines, crackers, power bar, toothbrush, toothpaste and some other snacks. There were about 400 to 600 bags on each trip, along with several cases of water and about 1,400 to 1,600 pounds of supplies, all of this carried on his Citation M2 eight-passenger plane.

The Texas National Guard met Angel Flight pilots in Beaumont and distributed the supplies to the people who needed it, says Bailey. The food kits were meant for the people in the shelters Friday night, he says.

Here’s more about the flights Bailey made Friday and Saturday through Angel Flight:

Bailey, past VP of the NSCA’s board of directors, is no stranger to flying, having joined the U.S. Air Force a week after he graduated from high school and flying bush planes in Alaska for about six-and-a-half years after four years in the military. The bush planes were essentially air taxis that took people to 42 Alaskan villages, says Bailey, who also was part of a fire support group while working for the Department of the Interior. 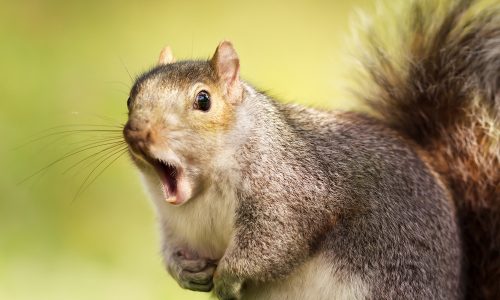 Related: 8 Times Nature Got in the Way of an AV Installation

He’s humble when asked about a lifetime dedicated to helping other people in need.

“I’ve never thought about it that way,” says Bailey in an interview with CI. “Even in the business I’m in now where we work in schools and hospitals, we serve others. It’s kind of in my blood I guess.”

The Lone Star Houston-area warehouse had water after Hurricane Harvey pummeled the area, and six of the company’s employees found their houses underwater, including two with more than five feet of it in their homes. Two employees were affected by the tornadoes that followed Hurricane Harvey, one of which had no flood insurance to cover the replacement costs.

Fellow Lone Star employees in Houston and the company’s headquarters in the Dallas suburb Grand Prairie have raised more than $150,000 to help their co-workers with their insurance deductibles, hotels and other shelter and the Grand Prairie office delivered four truckloads of supplies to those in need, says Bailey.

Whatever money and supplies they don’t use, they’ll donate, he says.

Bailey isn’t expecting to be called into action after Hurricane Irma hits the U.S. this weekend, but he’s not sure if another Angel Flight pilot will be part of the recovery and relief efforts.

Learn more about Angel Flight here. Angel Flight was part of response group after the Sept. 11, 2001 terrorist attacks, bringing blood and transplant organs wherever they were needed.