I’m guessing there are a lot of readers who were a little bit surprised when they saw that we chose Solutionz as our 2019 Integrator of the Year. Sure, the Los Angeles-based company has been around for more than 18 years, but there’s always been a shroud of secrecy around them.

Solutionz CEO Bill Warnick freely admits the company hasn’t always been the easiest to approach for interviews or analysis of industry trends. I can tell you I had all but given up on ever being able to talk to them for a company profile when I finally got some assistance on that front from an industry friend.

Now that we’ve celebrated their coming-out party with our highest annual honor, here are three reasons why you should get to know more about Solutionz:

Warnick makes no secret of the fact Solutionz wants to be the industry’s #1 integrator. At about $150 million in projected revenue in 2019, there’s a fairly substantial gap between where they stand today and the top of the heap, with AVI-SPL and Diversified both inching closer to $1 billion. 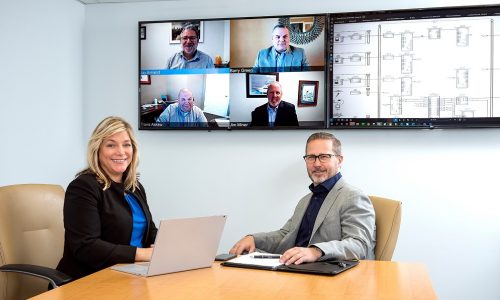 Related: From Dorm Room to $150 Million: Our Integrator of the Year is Solutionz, Inc.

But I love the honesty from Warnick and the Solutionz leadership team about their long-term plans. I wish more company executives were willing to put themselves out there with such forthrightness.

One of the coolest things I learned about Solutionz is they have a dedicated team that focuses on helping customers in the education, government and health care verticals navigate the often-complicated world of grants. This may be fairly common, but it was new to me when I heard about it.

That work has helped to build deeper relationships with clients—and also helped those clients build more robust AV systems than they originally thought was possible.

Solutionz offers something they call Integrated Maintenance. It’s a bit of a hybrid between a managed services offering and a full-scale AV-as-a-Service program in that it covers an entire AV system, not just the parts that would likely be under warrantee in most cases anyway.

The offering covers everything in a room Solutionz installs, not just the products that have brains, but also the office furniture and other items that aren’t typically insured by integrators. Warnick says IM has been “a key differentiator for us” since they brought it from the UC side of the business into the AV side.