I’ve only had a handful of jobs in my almost 25 years [GULP!] since graduating from college—and I’ve never gone through an exit interview. 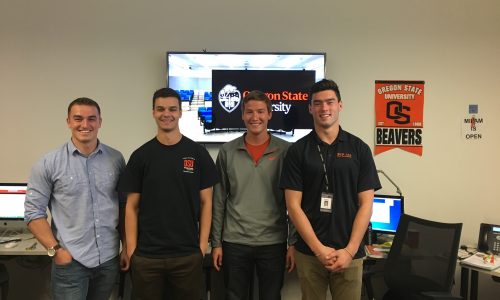 Maybe that’s a commentary on the companies I’ve left, but it sounds like I’ve been pretty lucky to not have to go through what seems like an unnecessary process that has more potential for blowing up your career prospects than helping it advance.

From everything I’ve heard and understand about exit interviews, the interviewer—usually someone from HR—will ask two primary questions: “Why are you leaving?” and “Do you have any suggestions to make this company a better place to work?

I still remember a former colleague who answered that second question by suggesting in his exit interview that his boss should be fired in an effort to make the company a better place to work.

As far as I know, they didn’t take him up on that suggestion—and my guess is it did more to harm the person who answered that way’s reputation than that of his supervisor.

The Future of Exit Interviews

Geoffrey James cautioned employees to tread lightly in their exit interviews, particularly when answering the question about what suggestion you have for improving the workplace you’ve decided to leave.

“These questions imply that your current employer 1) sincerely regrets that you’re leaving and 2) wants to fix any problems that might have caused you to leave,” he wrote in a recent Inc. blog post. “But that’s not what’s really going on.

“You may be tempted to respond to these questions with some cogent reasons and heartfelt suggestions. You may even be tempted to vent about your boss or some other corporate blister. But resist those temptations, because…HR doesn’t have the power to change the company…[and] HR does have the power to damage your career,” wrote James.

“Contrary to popular belief, HR’s job is not to make things better for employees,” he wrote. “Beyond clerical stuff like payroll, HR’s primary job is to manage risk and provide plausible deniability. HR isn’t asking these questions because they want to improve the company; they’re asking because they want to know whether you’re going to be a PR problem after you leave.”

“In short, when asked during an exit interview why you’re leaving and what the company could do better, there is only downside to being honest,” wrote James.

“Your best–indeed, your only sensible–move, is to express 1) how sad you are to leave, 2) how happy you’ve been working there, 3) how much you’ve learned, 4) how grateful you are for the opportunity, and 5) what a difficult decision it’s been to leave.”

As someone who’s never had to do the exit interview tap dance, I’m curious how much value they have—for the employee who’s leaving the company and for the company that’s left behind. Have any AV integrators picked up any valuable insights they’ve used to improve the business?

Maybe this is a traditional standard practice that has outlived its usefulness—or never really had one in the first place.