Diversified didn’t get to enjoy the distinction of being AV’s first $1 billion company for too long after acquiring Sensory Technologies earlier this month, but that revenue milestone has never been the focus for Diversified founder and CEO Fred D’Alessandro anyway. 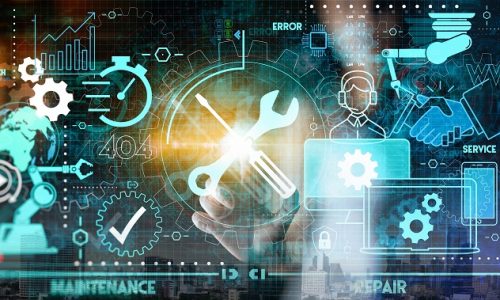 Related: 12 Takeaways from the AV as a Service Panel at Total Tech Summit 2019

The growth into an AV industry powerhouse has come with about a dozen acquisitions and an equally strong focus on organic growth, says Diversified president Kevin Collins, noting he’s not simply looking to add numbers and bulk to Diversified. It’s about improving skills and reach.

“It always starts with culture, client satisfaction and the employees,” says D’Alessandro.

“We don’t need to be the biggest; we need to be the best. It’s a perfect partnership. Geography is a big part of the strategy. Diversified is about growth. That’s the key driver.”

Managed services has been a large focus area for Indianapolis-based Sensory Technologies and the acquisition means CI 2017 Integrator of the Year Diversified has added a fourth network operations center to its capabilities.

“We’ll take in what they do best and it’ll make us a better company,” says D’Alessandro.

The Sensory Technology acquisition adds more than 170 people to Diversified’s global team but also “offers a strategic expansion of the company’s footprint in the Midwest and Northeast regions,” according to the joint announcement earlier this month.

“It was really obvious that the culture and work ethic and trying to create the best company was what we were both striving for,” he says. “I think we felt like it could be a really great opportunity for all of us.”

“We had a strategy of growth through acquisition, but as consolidation accelerated, we realized we weren’t going to get into the top 10 as quickly as we needed,” says Andrew Sellers. “We needed a bolder approach and looked for the opportunities to partner with some bigger players.”

The management teams at Diversified and Sensory Technologies “had an immediate rapport,” says Andrew Sellers, noting both companies are part of the PSNI Global Alliance. “Our cultures were very similar from that first meeting.”

“It’s exciting to see our employees excited about their opportunity in the expanded company, where they can go. The ceiling’s been lifted for them. It’s fun to watch that,” says Sellers.

While Sensory Technologies had once thought of itself as the company that would be acquiring other AV entities rather than joining a larger one, that mentality shifted—for a pretty basic and important reason, says Anne Sellers.

“As financial markets were finding our industry, we wanted to do what was best for our employees and our clients,” she says. “We’ve always specialized in Fortune 1000 clients that need the next level of sophistication. Now we can offer more of that.”

Paquin is happy with the end result that led to Sensory Technologies becoming Diversified about eight months after the first conversation about the possibility.

“The idea of growth was to stay strong and be a great solution for our clients,” he says. “As we grew, we wanted more opportunities for our employees. This was an absolutely perfect scenario for them and for our clients.

“Locally, we provide incredible service for our clients, but this obviously provides a broader footprint for them too,” says Paquin. 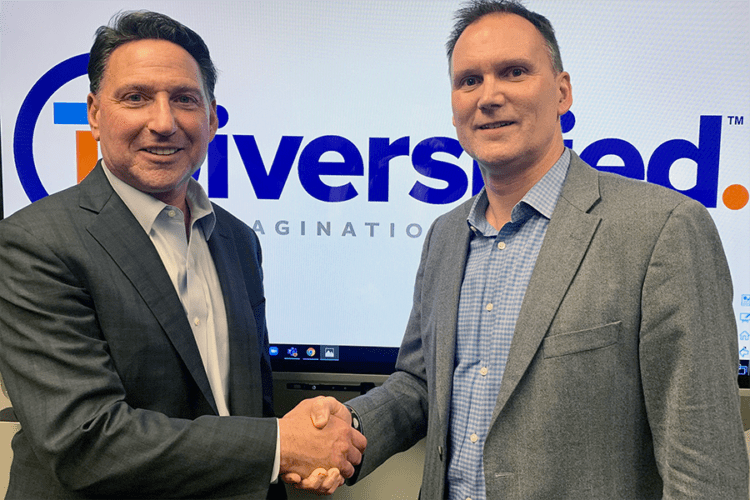 Diversified founder and CEO Fred D’Alessandro flew to Indianapolis to welcome Derek Paquin and the rest of the Sensory Technologies team into the family earlier this month.

The Future for Sensory Technologies

Sensory Technologies employees were met on their first official day as part of Diversified with new business cards, water tumblers and other company-branded swag that welcomed them into their new family. They were also met by Diversified officials who came to the office that first day.

“Our employees applauded” when D’Alessandro, Collins and Diversified senior VP of global marketing Anthony Cuellar came to Indianapolis to welcome Sensory Technologies, says Anne Sellers, especially considering the deal closed the day before a Diversified board meeting in New Jersey.

“It’s not about just showing up when the deal is announced,” says D’Alessandro. “This is my expectation of myself, the executive team and really everybody—to be collaborative.”

Diversified hasn’t mastered the post-acquisition integration of new employees yet, but they’re getting better at it, he says.

“Some of the process has gotten a little bit easier, but it’s about making the employees feel comfortable and helping them understand the opportunity for career growth,” D’Alessandro says.

It didn’t take long for Andrew Sellers to understand what the deal means for him and the clients Sensory Technologies brings with them to Diversified.

“We’re already thinking about clients we can go to with expanded opportunities,” he says. “To be able to bring in the power of Diversified and the experience of construction management, it’s really going to be cool and fun.”

Paquin says Sensory Technologies customers are happy their local resources will stay in place as part of the acquisition.

“You still have all your resources locally, but you’re part of a global company,” he says.

Collins calls the addition of Sensory Technologies the latest example of “the power of bringing top-flight companies into Diversified.”

“I expect Sensory Team to experience that expansion of services and footprint,” he says.

D’Alessandro is proud Diversified was the first AV company to hit the $1 billion mark thanks to the Sensory Technologies acquisition, but knows they’ll be officially knocked back to the second spot when the AVI-SPL/Whitlock merger closes, likely some time next month.

“It’s a great achievement, but we’ve always been about being the best and it’s carried us to this point,” he says. “The number’s great, but for us it’s more about to keep caring for our customers and employees.”

Anne Sellers says she expects there to be a lot more mergers and acquisitions in AV before all is said and done.

“It’s probably only one-third of the way through,” she says. “There will be a few large ones that can go global and opportunities for startups and the cycle will start over.”

Paquin sees the flurry of activity shining a spotlight on AV, providing “the visibility and attention this industry deserved. It will only make all of us stronger.”