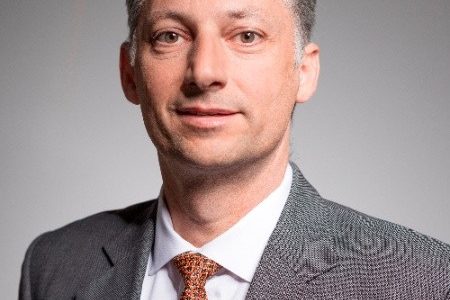 Corsino has 20 years of executive leadership experience and “bested an exceptionally strong field of candidates through a rigorous search process conducted over the course of 2019,” according to the NanoLumens announcement. Founder and CEO Rick Cope left the company at the end of 2018.

Corsino is “an ambitious and committed technology executive with a particularly strong background in the areas of sales, marketing and product management,” according to the NanoLumens announcement.

“Throughout his career working with technology companies, Mr. Corsino has served in a wide range of leadership positions,” according to the announcement.

“An advocate for driving results through collaborative innovation, Mr. Corsino plans to lift NanoLumens to new heights in 2020 by strengthening the company’s history of technical and commercial leadership to deliver unique solutions for its customers,” the company announcement says.

Here’s more from the NanoLumens announcement:

Elements of Mr. Corsino’s vision have already materialized, as recent weeks have seen NanoLumens announce numerous developments to their products and operations.

With their signature ability to create custom display features well established, the company announced a dramatic overhaul of their Engage Series line to deliver a high-performance, cost-competitive solution to the more mainstream display market.

NanoLumens also debuted a new version of their display management software, AWARE 2.0, which was developed to leverage the power of the BrightSign platform.

Coming months will see further developments to NanoLumens other product lines, including the recognizable Nixel Series line and their outdoor Performance Series line.

And to bolster their reputation as a thought leader in the display space, the company launched an educational content series called Bright Thinking, which the company believes will give audiences a reliable source for continued learning.

With these developments, Mr. Corsino drives NanoLumens forward as the premier provider for “weird and wow” installations while also establishing the company as a resource for more traditional solutions as well.

Cope left NanoLumens at the end of 2018 in a surprise move that set up a leadership team that included CTO Gary Feather, VP of sales Dave Merlino, VP of research and development Jorge Perez-Bravo and COO Chuck Gottschalk.