New bills, laws and codes change almost daily — so it is important to pay special attention to changes in small business regulations that positively or negatively impact AV integrators and the AV industry at large.

Most of the small business regulations that systems integrators deal with center on public safety and federal, state, local officials, and agencies trying to do their best to protect citizens.

Frequently, AV integrators are given conflicting information on a project – information that seems to contradict ongoing workplace safety provisions and requirements.

Things like the use of ladders and lifts, workers’ compensation claims, slips and falls, back injuries, shock hazards, proper grounding, etc. all need to be addressed in your company’s safety procedures and training.

Another major area of conflict is product safety. (And not so much product safety as how installers make sure what they do is done in a safe manner.)

For example: How do you safely mount an 80-inch display on a conference room wall in a time-efficient manner? What guidelines do you follow?

The display manufacturer might offer a disclaimer such as: “using a display that is heavier than what is intended may cause instability, causing injury.” That’s not the problem anymore, however – the problem is how we do our work.

The general rule to follow is this: if you have conflicting information on how to mount a device, then follow the code, meet the spec and the manufacturer’s recommendations, and seek guidance from your supervisor or project manager. Safety comes first!

Don’t forget about the simple things we often overlook that require code compliance.

One example is creating dust in occupied environments. The Department of Labor (DOL) Occupational Safety and Health Administration enacted new requirements a few years ago that expand the silica rule, further restricting worker exposure to “respirable crystalline silica,” which is dispersed into the air whenever silica-containing materials are cut or ground (this occurs often on most construction sites).

Breathing in silica dust, which is 100 times smaller than sand, can result in severe respiratory illnesses, according to the Centers for Disease Control.

Contractors, along with the people in the buildings where we disturb asbestos, cut ceiling or floor tiles, and/or penetrate lead-based paint covered walls, etc., are governed by small business regulations often not understood.

Many code-compliance mistakes can be avoided if we simply read the front end of the spec manual before we bid a project. Most every specification manual contains the prevailing codes and regulatory requirements for that project.

If the spec book isn’t available, don’t submit a number. AV integrators are often asked to submit a price after only seeing the provisions of a particular scope of work. But that’s where the trouble begins. Don’t do that anymore!

Systems integrators must abide by prevailing labor laws that govern how people get paid. Overtime is a big deal – and AV integrators have four or five job classifications that are typically deemed exempt, but really aren’t.

Fair Labor Standards Act violations and overtime rules can come back and bite you hard. NSCA suggests that, at a minimum, you conduct an annual self-audit or, better yet, hire an HR organization to review job descriptions and what your team actually does to fulfill their typical roles and routines.

Just because we call ourselves AV integrators, our technology solutions don’t exempt us from contract law.

The Davis-Bacon Act requires that contractors pay prevailing wages on public-work projects. This wage rate is often higher than contractors, especially smaller ones, would normally pay. 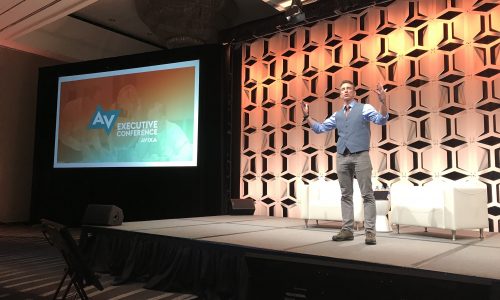 In addition to paying the higher rate, contractors are also required to fill out detailed pay forms and submit them regularly to the lead contractor or owner.

Advocates for the rule say it that I levels the playing field during the bidding process, keeping contractors from lowering wages to trim the overall cost of a project. Opponents argue that the union wages used as the small business regulations benchmark don’t always fall in line with regional pay rates.

Challenges to this law are plentiful. Several years ago, the U.S. Court of Appeals for the D.C. Circuit ruled against a DOL decision that allowed a prevailing wage scale to be used on a privately owned, luxury, mixed-use development in Washington, D.C.

The court said that prevailing wages, or Davis-Bacon wages, are required on public-works projects – but that the project in question didn’t fall into that category because Washington, D.C., was not party to any of the construction contracts and the development wasn’t considered a “public work.”

A ruling in favor of the DOL could’ve led to construction companies and developers being required to pay prevailing wages on privately funded, operated, and owned projects even if the public role was limited to having “some hand in leasing the property or approving how it’s used,” according to the court.

NSCA applauded this ruling and advocates for the Davis-Bacon Act to only be enforced as per the original intent: public-works projects.

NSCA members are up to speed on abiding by the appropriate building codes, so this section pertains to non-members: Please know the code! You can’t just do your work in new and existing buildings without knowledge about and training on simple things like cable installation, mounting heights, or placement of devices.

These things have to be accounted for when bidding and installing systems. Removal of abandoned cable is a great example of overlooked small business regulations.

The debate on this typically stems from a popular tactic used by AV integrators that actually know the requirement to state in their proposal: “The removal or tagging of abandoned cable is the responsibility of others.”

That’s when the NSCA is called in. Lawyers don’t care what your proposal says.

Read Next: This Quiz Compares Your AV Service Revenue with the Field

In almost every instance, when a non-NSCA member looks at our Labor Installation Standards guideline and challenges the time it takes to install a particular device, it’s because they don’t realize the compliance factor for safety, cable routing, etc.

Using the correct materials as per the prevailing building code is a challenge if you don’t know what code to follow. There’s a huge amount of waste created by putting in the wrong cable, removing it, and then doing it over again when under the gun to open the building.

Then, in haste, it’s often forgotten that the code requires the cable to be disposed of in a proper fashion. Yes: That, too, is regulated.

A far better approach is to take time to learn the code, train people on the code, and then assign qualified team members to serve as internal compliance officers on safety, labor laws, and building codes.

Small business regulations governing how we attach intelligent devices to a network will become the next big thing to focus on. Cyber regulations are coming soon, too.

If you have questions about regulations or compliance, contact NSCA.