It struck me this week while writing a couple of articles that will be prominently featured in the November issue of CI that, while we write a lot about the best way to do something or the ultimate approach to fixing something you’re doing wrong, there’s no one right answer for all our readers.

In my recent Back Stage Q&A with recently re-branded Unified Technology Systems’ senior VP and regional manager Scott Wood, he talked about his plans to highlight a long-standing policy the company has used for as long as he can remember to determine whether a project is a good fit for the company. 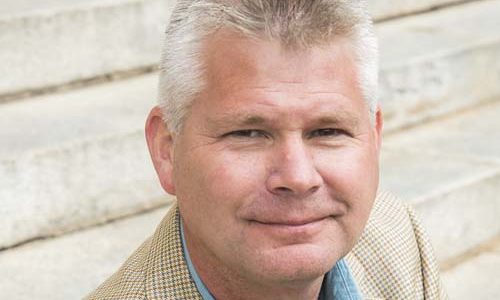 While Wood wasn’t exactly sure how long Chalk Talk has been going on at Unified, the simple fact that the name of the concept features the word “chalk” should probably tell you it goes back a while. And although Unified staffers have replaced chalkboards with interactive whiteboards for their discussions, the concept has remained largely the same.

Clearly, it’s working for them as they continue to carve out a larger slice of the pro AV and overall technology integration business — and expect to do even more under the re-branding that’s started to de-emphasize AV as their primary focus area and encompass more of customers’ overall technology needs.

But there’s still a sense of old-school mentality and harkening back to the successful approaches that have helped the company continue to thrive and there’s nothing wrong with that.

On the other end of the spectrum is the company that will serve as the subject of our November cover profile. I don’t want to give away too many of the details about this company before you get a chance to read the full profile, but let’s just say there’s no other company in the pro AV space who’s like them.

Imagine the confidence you’d have to have to assert that you were revamping your company’s structure to the point where everyone has an equal say in all decisions.

Imagine the confidence you’d have to have to assert that you were revamping your company’s structure to the point where everyone has an equal say in all decisions, no matter how big or small. And, think of how often you wished you could take on another job in your company. That’s no problem at this firm.

How much do you want to be paid? Stick around for a year and consider it done. And don’t get bogged down in fancy titles, because those are simply a formality if you’re lucky enough to work for this NSCA member company that earned recognition and attention at the 2018 Business & Leadership Conference for its unique approach to business.

And, while it may seem Unified Technology Systems with its tried and true processes might be polar opposite to new-age concept of completely empowering all employees to make all decisions, remember Unified is one of the few pro AV firms to use an employee stock ownership plan approach, meaning all employees are stakeholders as well.

That’s coming soon for the to-this-point unnamed company that allows you to name your own salary, too.

Room for Everyone at Total Tech Summit

Here’s the best part about Unified Technology Systems and the other company we’ll reveal soon: both with be represented at the 2018 Total Tech Summit in Pittsburgh in a few weeks. I’m sure they’ll be busy talking all about the success they’ve achieved and how they’ve done it in the way that best fits them.

Stop worrying so much about trying to copy what someone else is doing. Find your own path to success and share it with your peers.

We’ve profiled both companies now because they do things that others can only imagine, and it doesn’t matter to them or their clients that they do it in vastly different ways. So, stop worrying so much about trying to copy what someone else is doing. Find your own path to success and share it with your peers.

I hear all the time about how it’s the people who make a particular company achieve a particular level of success and I’ve often thought it was nothing more than lip service and marketing-speak. What I’m coming to learn, though, is a company’s mix of people, the beliefs of those people and their conviction in those beliefs are the ultimate indicators of its success or failure.

No two companies do it exactly the same way, which is why it’s so much fun to hear their stories and to share them with you. We’ve already done it with Unified Technology Systems. I think you’ll like our next profile a lot– even if you’d never do anything they do with your business.