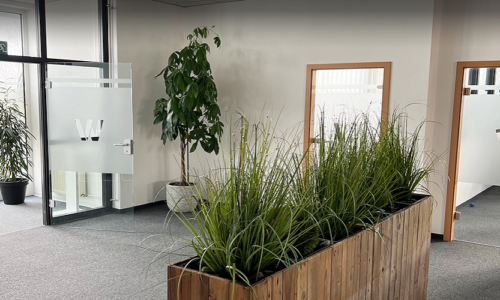 VuWall, the Montreal-based company of videowall control systems and unified visualization solutions, announced the expansion of its North American and European headquarters. The expanded footprint now accommodates the 30% increase in employees in the last 15 months and the need for a larger production facility. Through its substantial investment in international operations, VuWall says it has introduced new talent to support growing research and development. It has also strengthened the support, operations, sales and marketing departments in both offices.

Per a statement, VuWall has developed a significant growth plan to expand its global operations. In recent years, VuWall launched new technology and partnered with industry giants like Samsung and Genetec. It also received certifications and award recognition and celebrated ongoing business success.

With the expansion, VuWall will continue to operate production and manufacturing in its European headquarters. However, it now houses in a new, larger facility in Reutlingen, Germany. The company’s North American headquarters, remains at the same Montreal location, now in a renovated and expanded facility. The headquarters houses software development, quality assurance, sales, marketing and technical support teams.

“I am so impressed and proud to see the steady growth and progress that the team has achieved, as I think back of how I was running the business out of my living room in the first years,” remarks Paul Vander Plaetse, founder and CEO of VuWall. “We are committed to investing in the resources and skilled professionals to continue providing our global customer base with the most innovative technology.”

VuWall adds that its disruptive hybrid technology bridges AV, IT and IP systems to seamlessly manage and control visual content. The company thus delivers an ecosystem of interoperable products that includes video wall processors, encoders and decoders. Additionally, its unique TRx Centralized Management Platform manages this ecosystem. Thus, it eliminates the complexity of traditional video wall control and signal distribution over IP, without any programming.

According to VuWall, its technology achieves new standards in ease of use and deployment for effective distribution of any source to any display in professional and mission-critical applications.