John Day doesn’t start or end his workday wearing colorful tights, a cape and a giant letter on his chest, but this mild-mannered veteran of about a dozen years of selling AV integration could soon be recognized for his role in transforming the industry into a gig economy, if he has his way. 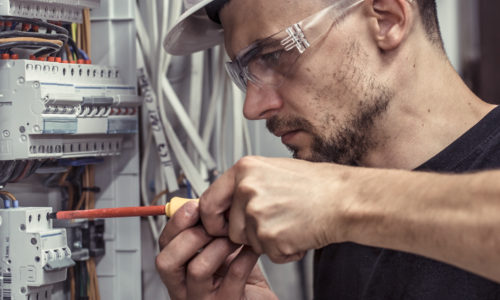 Day launched AV Hero March 21, calling it an on-demand online service for both commercial and residential AV needs. While Day envisioned his new initiative as primarily for end users, he’s already heard from AV integrators and manufacturers asking if they can become his customers too.

“We’re really introducing the gig economy to the AV industry,” says Day. “I feel like it needs a bit of a refresh. We want to emphasize the value of the talented technicians within the industry. Oftentimes, they’re viewed as a commodity. We want to flip that.

“We want the technicians to be empowered. They can build their own business and create a six-figure income for themselves. I don’t think we’re going to replace integrators by any means, do think we’re going to help to build better lives for people and attract a lot more talent,” he says.

Day’s goal for AV Hero is simple: make it easy to get AV help quickly. That vision has proven true so far, as Day recently conducted test runs in five cities across the U.S. for AV Hero assignments and the jobs were all scooped up within 15 minutes.

“We thought about whether it was the right time to start [in late March because of the coronavirus pandemic],” he says. “It’s proven to be a great time because there are so many people looking for work, unfortunately.

“We’ve been able to get people’s attention more effectively and given people some hope. I think we’ve empowered people to go out and create business for themselves rather than hoping someone calls them,” says Day.

Day was inspired to start AV Hero about two years ago when he was sitting in a bar and he wondered how that local restaurant’s staff would handle it if the TVs suddenly stopped working, considering how important they were to the business’ viability.

As you might imagine, not everyone can be an AV Hero. First, they have to pass a rigorous custom assessment developed by a 28-year AV veteran as well as a background check.

The assessment, which about 500 of the 1,800 AV Hero applicants have passed so far, includes questions about standard AV and control troubleshooting and break/fix practices and customer service. Applicants are also asked what superpowers they would want.

“[The assessment is] doing a good job vetting the right people,” says Day. “We want to make sure they have some general competencies If we have 25-30 percent pass rate, that’s about what we want it to be.”

Day plans to keep AV Hero in the U.S. for now, although he’s had requests to deploy in South America and Australia. He’s proud of the early success of the platform, which is says is intended to “empower AV technicians.” Eventually, Day expects to add a remote support component, he says.

Day notes the majority of the $75 hourly fee goes to the technicians. Each AV Hero gets their own code and customers can ask for specific technicians by using that code on the site.

“That allows the heroes to build up a referral business,” says Day. “One of the big thing AV industry has struggled with is the talent pool. One of the big dreams I have is AV Hero being a vehicle for students coming out of high school rather than working at Starbucks to pay their way through college.

“It’s a great opportunity for existing technicians and people coming into the workforce,” he says.

From Idea to Reality

Day and his wife risked quite a bit to achieve his vision with AV Hero, including drawing money from his 401(k) and downsizing their living quarters. AV Hero also faced trouble before it started when the app developer Day had worked with for six months wasn’t available when he was getting ready to launch.

A friend introduced him to another developer, who transformed AV Hero to a web application that can be accessed both on mobile devices and desktop computers.

“It’s been a big step of faith, but everything now is going better than we expected,” says Day. “This is my first time starting a company and there’s a lot of unknowns. The biggest challenge we have is awareness. It’s such a new concept to the AV industry.

“As soon as we get people trying the service, I think they’re going to recognize it’s a valuable service,” he says.

Day understands “there’s going to be some pushback” on the AV Hero model, but he’s proud to defend it.

“A lot of AV companies are banking on managed services contracts as the future of profitability in AV, we’re kind of infringing on that to a degree, but generally the feedback we’ve had from the industry has been a lot of excitement,” he says, noting some longtime road warriors applaud the AV Hero concept.

“It’s not just about business. It’s about people having a great life. I think that’s part of why this thing is going to explode,” says Day.