We know there are plenty of AV integrators who’ve found a path to success that’s sustained them for a while and helped them carve out their niche in the growing industry, whether that niche is focused on selling AV in their neighborhood or selling globally. 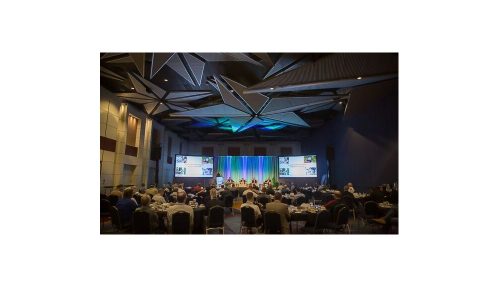 And there are plenty of people in the pro AV world who bristle at the idea of AV being part of the IT industry, but it’s an undeniable shift that took place long ago and is now simply a fact of business life. How you adjust to it and adapt your approach will determine whether you continue that success.

“It’s not as difficult as you think to do things differently,” Dan Abrams, VP of business development at IVCi, said during his presentation at the 2019 Total Tech Summit in Fort Worth, Texas.

“If we don’t speak the same language, we’re not going to be prepared to have the conversation we’re looking for.”

Abrams advised attendees to do their homework on their customers and the competition.

“If you’re not ready to ask the right questions, you won’t be effective going in to an IT environment,” says Abrams. “A lot of people in IT just want the AV to work and don’t care about the specifics.” You should understand how they buy and the struggles they go through to determine where you add value.

“A lack of understanding who you’re competing with will do damage right away. If you think your competition is sitting across the table, you’re probably wrong,” says Abrams.

Selling AV in an IT Environment

“We can learn a lot from Ron Burgundy,” Abrams said. “The IT world is just as small as AV so remember you need to keep it classy.”

Abrams reminds his children and those who want to succeed in business that people have two ears and one mouth so they should listen twice as much as they talk.

“We have a tendency to over-talk,” says Abrams. “It’s not just about listening though. It’s about paying attention. Be honest about what you don’t know and learn why you need to understand it.

“Put the data to work for you and let it tell the story. Understanding analytics is the key to having a meaningful conversation,” he says.