AVI Systems has joined the GPA (formerly known as the Global Presence Alliance) as the regional business unit for the U.S.

The United States opening in the GPA was created when AVI-SPL and Whitlock officially completed their $1.3 billion merger late last month, meaning founding member Whitlock was no longer part of the alliance.

“Becoming part of the GPA global community, requires a ‘special’ organization given the unique foundational pillar to the GPA global brand and value proposition,” according to the joint announcement.

“It takes organizations with the same foundations of people-first culture, operational excellence, proven innovation and market leadership in their regional business that anchor GPA on a global basis,” the announcement says.

“In undertaking a review of our U.S. market presence, it was clear a go-forward strategy in arguably the most critical enterprise market in the world would require as comprehensive and detailed an evaluation and selection effort as GPA had ever undertaken,” said Global Presence Alliance board president Eric Greenop in the joint announcement.

“As we moved through our due diligence efforts, we very quickly felt AVI Systems was a standout in meeting the high bar we have set,” he said. “We couldn’t be happier in entrusting the AVI Systems team with the GPA brand in the U.S. going forward.”

“We leave behind hundreds of wonderful people within the newly combined AVI-SPL organization who will bring their global experience and maturity to the market outside of the GPA,” she says, “but we inherit an equally inspiring team of committed and passionate people within AVI Systems who are all just bursting with enthusiasm with the new global capabilities they can now leverage, and to share their innovation and best practices with the global GPA community.”

“Serving customers globally requires a global community,” said AVI Systems CEO Jeff Stoebner in the joint announcement. “Building international operations or acquiring locations globally can’t be accomplished by any company in our industry in the time necessary to serve the world’s largest brands. 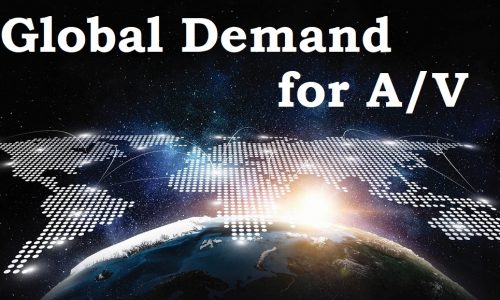 “The GPA’s reach in more than 50 countries with close to 4,000 employees is second to none. AVI’s employee-owned platform has endless energy to serve the GPA,” he said.

GPA is “built upon the foundations of the collaborative shared economy, a strategic proposition based upon the concept of sum of the whole being greater than the sum of its parts, of the power of human innovation, knowledge share, and user experience amplified at global scale through technology and infrastructure,” according to the joint announcement.

“These principles power many of the world’s most successful and progressive modern enterprise organizations,” the announcement says.

“It is these same principles that that power GPA success, our ‘unfair advantage,’ as we like to think of it in the collaboration marketplace,” said GPA managing director Byron Tarry in the announcement.

“AVI Systems not only recognized, but very much embraced, these concepts and are already proving the very clear value they will bring as contributors to the GPA community and global value proposition,” he said.